Unstoppable is a fun action movie; for those who like that sort of thing. It's about a runaway train and a train crew - Denzel Washington and Chris Pine - who chase after it. Lots of action, not a whole lot of character development. But whether you like that kind of movie or not, if you're interested in movie making and script development, then you should check out the extras on the DVD/Blu-ray of this movie.

Back when DVDs were a "new" medium I often watched the extras and commentaries, but over time I've watched them less and less. It was almost accidental that I watched some of the extras on the Unstoppable DVD and discovered an audio commentary with the Director Tony Scott and Writer Mark Bomback. This isn't just the two of them discussing the finished movie and recalling what happened, but is actually audio recordings from script meetings between the two made some time between the first draft and the final shooting script.

You hear them discussing different story points including: 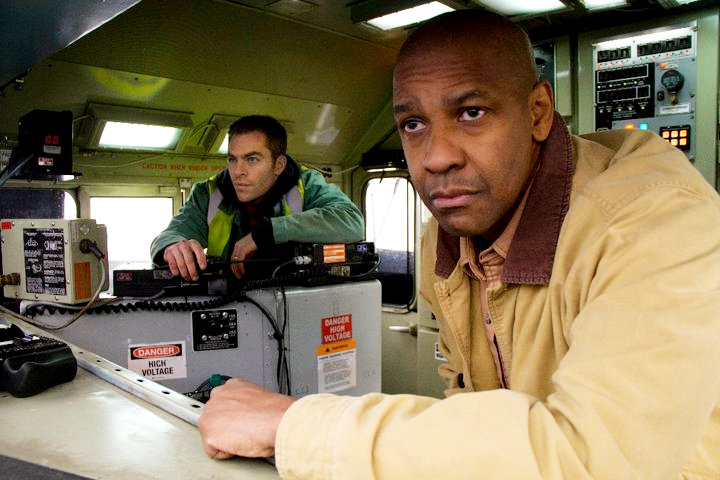 Interestingly, the director likes to refer to the runaway train - the antagonist - as "Jaws."

It's particularly interesting that several script points aren't finalized during these discussions - for example Denzel Washington's character still has a wife - and there is an extended discussion about the ending of the film. Mark has obviously written it one way - very similar to the way the final movie ends - but Tony is thinking it should end slightly differently and they go through the differences for several minutes.