Gizmodo has some video tests shots with the Nikon D90. Interesting to see the depth of focus, as well as focus problems (there's no autofocus in video mode!), and the reviewers note about problems zooming smoothly and that a tripod really makes things easier.

No, an SLR isn't going to replace a video camera perfectly. At least, not this one. And probably not the Canon 5D Mark II either.


Meanwhile Amazon had been accepting pre-orders for the Canon 5D Mark II, but now it says it's not available, and you can be emailed when it's available. B&H doesn't seem to be taking orders either, though it says that arrival is "Approximately November." Of course, if the economy grinds to a halt next week, who's going to care?
Posted by Michael Murie at 5:29 PM 0 comments

Some people think Blu-ray is on it's deathbed, or at least that it will never reach the success of DVDs. They could be right; broadband is continuing to challenge physical mediums (sales of DVDs are down too.) On the other hand, Blu-ray is a useful format for HD content; the question is will a mass audience adopt it, or will it end up being used more by content developers? Blu-ray may just be a good way to back up large quantities of information.

Not surprisingly, Sony thinks that Blu-ray's future is still bright. This article on Sony's Electronics Blog say's that everything will be fine: "Expect Blu-ray to Live on Despite Reports of its Imminent Demise".

Meanwhile, Apple still has no Blu-ray support, the biggest reason I have held off getting involved in the format. I just get by with anamorphic DVDs instead.
Posted by Michael Murie at 1:49 PM 0 comments

February 19 is the end of analog transmission television. All those stations are going to turn off. And if you’re still getting TV “off the air” and don’t have a digital TV, or haven’t bought a digital converter, then you won’t be able to watch television.

And you will be better for it.


At least one Senator is concerned They did a test cut-off in Wilmington Carolina early in this month that revealed some problems:

"As the current administration winds down, both agencies must remain vigilant so that the next administration does not inherit a communications crisis."
- Senator Daniel Inouye

But it turns out that the problems were more mental than physical:

According to the Journal, by mid-afternoon roughly 74 calls had been placed to two TV stations, WSFX-TV, a Fox affiliate, and WECT-TV, an NBC affiliate. The newspaper also reported the FCC received about a hundred calls on its toll-free help line in the first few hours after local broadcasters shut off their analog signals. Most of the calls were from people who needed help programming the new digital converter boxes, the newspaper said.

On a personal note, I too thought that because I had (RCN) cable television, I didn’t need to worry. And then a couple of weeks ago my TV went blank, and all I got was a message on Channel 3 about digital conversion. Turned out I had to go down to the cable company and pick up a new converter box! Fortunately, the tragedy was averted, though I was annoyed that the cable company hadn’t been smart enough to let me know about this in advance.
Posted by Michael Murie at 1:39 PM 0 comments

In The Air Tonight

Someone just pointed me to the Cadbury advertisement with the gorilla playing drums to Phil Collins "In The Air Tonight." I like the mood of this; the way the camera glides over the gorilla face at the beginning; just not sure I get the connection to Cadbury chocolate. Particularly as the first thing I do notice in terms of product placement(other than the drums) is the headphones....it's looks like an iPod ad!

Still, makes a nice change from some of the ads out there.


UPDATE 3:59pm: and I just noticed that this is the second "gorilla" post of the day! Totally unintentional! 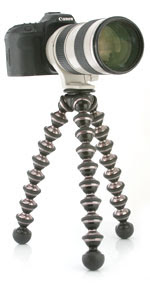 I said I wasn't going to say anything more about the Canon 5D MkII and less than an hour later I discover that the video shot by Vincent Laforet is available on Canon's site.

It's all pretty amazing and beautifully shot, but right at the end, there's a pan across the New York skyline and there definitely seems to be something going on there (though it could be enhanced by the shake of the helicopter.) Hard to tell. But there's a lot of other shots (several with the camera in motion) where you don't notice anything. 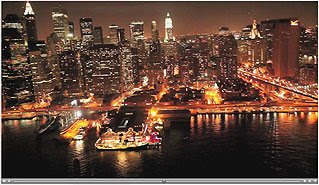 Definitely check it out.
Posted by Michael Murie at 3:49 PM 0 comments

Funny that I mentioned RED the other day, because now comes news that they are completely redesigning Scarlet (the $3,000 video camera they had planned.)

the market has changed and we have discovered a lot of things in the process. We have a new vision

The news is on RED’s forum. Just to clarrify, RED has announced both Scarlet - a comparatively low-budget video camera - as well as the DSMC (Digital Still & Motion Camera) an SLR-type camera too.

The thread is an interesting read as the forum members take turns trashing the Nikon D90 and Canon 5D.


While I take what some of the fan boys say with a grain of salt, the references to the “Jelly video” problem of the D90 are worth noting. You can see an example linked from here. This frame capture shows the problem; the top part of the frame seems to lag behind the bottom as the camera is quickly panned left to right. Rather than capturing the whole frame at once, the image is being captured from top to bottom, and in that time the camera has moved (so the bottom part has moved relative to the top.) 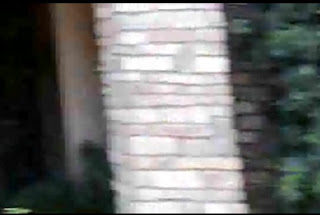 Ouch! Clearly a nasty effect, and something I wasn’t aware that the D90 suffered from.

Reading the posts, everyone seems to suspect that the Canon 5D MkII will have the same problem (it’s inferred because all the clips posted so far have no panning in them!!) Flimsy proof, but I must admit, it’s a bit troubling, and if the camera does suffer badly from this, then it does take away a bit of the excitement. On the other hand, I never thought that the 5D MkII would replace a video camera; but rather that it would make an interesting addition for special effects.

I’m going to wait to see what happens when real people get their hands on it, before I fly-off-the-handle...


In the mean time, SanDisk has announced a 16GB Extreme IV CompactFlash card. $399.99. The Extreme IV cards (already available in smaller sizes) are important because they support 45MB/s (the 5D MkII video is 40 MB/s.
Posted by Michael Murie at 2:38 PM 0 comments

There's a write up about photographer Vinvent Laforet's experience with the 5D Mark II at Gizmodo "A Taste of the Canon 5D Marl IIs mindblowing Full HD video." It's depth of field control and low light performance look soooo cool.

Someone posted in the comments:

RED is a company that's produced a comparatively low cost very high-res digital video camera, and they are supposed to be releasing some kind of SLR/video camera for around $3,000 either later this year or early next year (note that the comment is not relating to the new camera, but the existing one.)
Posted by Michael Murie at 3:11 PM 0 comments