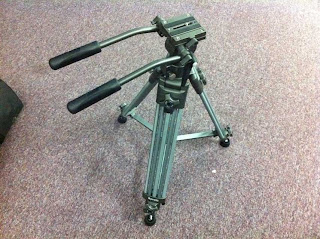 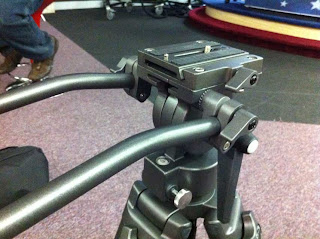 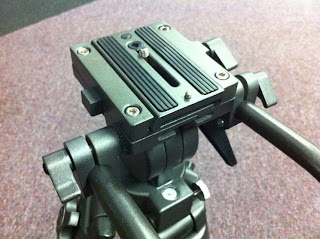 
Wishing everyone a happy and prosperous
N E W - Y E A R!

Sony PMW-F3 vs Panasonic AG-AF100
Philip Bloom has received his production Panasonic AG-AF100, and has also had on loan for a week a pre-production PMW-F3. He clearly likes the PMW-F3 "This feels like a really meaty professional camera and if feels reassuringly expensive," but as he tweeted, there are other considerations:


image is definitely cleaner with F3, but AF has the 1080p 60fps overcrank and is SO much cheaper.
-Philip Bloom, Twitter

Camera Sales in Japan
The 43rumors site has a chart showing the sales for DSLR cameras in Japan. The Canon EOS Kiss X4 (that's the T2i here in the states) has 13.6% of unit sales, while the 5D Mark II has just 1.6%. Does this mean anything? Probably not, though it does tell you why the 5D isn't updated as frequently as the Rebel cameras!
43rumors: Japanaese 2010 system camera sales analysis

Nikon D7000 video review
Camcorderinfo have posted a review of the Nikon D7000, focusing on it's video capabilities, and they're pleased that Nikon has finally taken a serious stab at video, but:


Even with all these updates, however, Nikon is still a step or two behind Canon and Sony as the best manufacturers of video-capable DSLR cameras. The D7000 suffered from a sloppy interface, confusing controls, and a lackluster performance in our motion test. While we do love the option for 24p and 30p recording, we wish there was an option for 60p as well.

Templates for Apple Motion
If you have Apple Motion, you might want to check out the templates that MotionVFX offers. They're having a 40% off sale, and even if you don't end up buying anything, you might get some graphic ideas for your own projects!
MotionVFX: Happy New Year 40 percent OFF SALEDecember 28, 2010 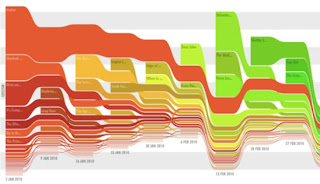 The Consumer Electronics Show runs January 6 through 9th, and there should be something interesting announced by someone at the show. Last year Sony announced the HXR-NX5u and the HDR-AX2000 along with several consumer video cameras. It's also the time that Canon announced their updated consumer video cameras, as well as the EF 70-200mm f/2.8L IS II lens. Neither company usually announces much pro-video gear at the show; though the HXR-NX5u is in Sony's professional range, and the EF 70-200mm is a pro-lens....which means you never can tell!

The Canon Rumors site has a 5D Mark III rumor and they also separately report that Canon will announce some kind of camera - other than the point-and-shoots and consumer video cameras - at CES, though he's not sure what. He doesn't think it's the 5D Mark III, and I suspect he's right; unless Canon is feeling pressure from the Panasonic AG-AF100, it would be unusual - and early - for them to announce the 5D Mark III at CES.

The 5D Mark III spec list at Canon Rumors is doubtful too; RAW Video support? That seems unlikely. Maybe they'll improve the codec, or maybe even add 4:2:2 support, but RAW capture poses several problems for Canon and users including; is Compact Flash the right medium for recording uncompressed video? If you want to add some sort of "RAW" support, putting the full video out the HDMI port would seem the logical way to go.

I saw the Coen Brothers version of True Grit yesterday, and enjoyed it a lot. As I suspected, it was very similar to the John Wayne movie; the same characters, the same plot, and many of the same dialog lines. There were some differences in the story, but the plot was essentially the same.

This movie seemed visually a lot richer and more detailed than the original - the locations looked more authentic and less like movie sets. Jeff Bridges was much harder to understand at points than John Wayne was, while Matt Damon's performance as LaBoeuf gave Bridges less chance to steal the entire movie. If you liked the original movie, or like westerns in general, you'll enjoy this movie.

I do have one complaint though; I found the color grading of the movie somewhat annoying; a lot of it was very washed out. The Coen's seem to like to manipulate their movies - O Brother, Where Art Thou? was the first movie digitally graded and had a very yellow look, while their movie A Serious Man was graded to look like an old 60's movie. I liked those, but found the effect in True Grit more disconcerting. I can't explain why.

I was also a little surprised that - less than four days after release - the print we saw was damaged in at least one place. I suspect the problem was in the production of the print itself, as there was some noticeable color flickering and a dark flash at one point in the movie.