Last night I went to one of the six screenings of films made in this years Boston 48 Hour Film Project. This year 84 teams started the event and 81 finished - 63 of them on time. Having watched a team make a film, and being aware of what goes in to this sort of thing, I really think that everyone did a great job. Not all of the films were brilliant; and it's probably not surprising that none of the films were really perfect, but it was still an interesting - and inspiring - night for aspiring filmmakers.

Here's some more tips I gleaned from the showing:

One last thing. While there were several first-time teams at this event, there was also four teams that had competed in 9 or more 48-hour film projects. Clearly, they can be addictive!


“The independent screenwriter” — is the term a tautology or oxymoron? While the word “independent” is often applied to directors and sometimes producers, it’s rarely seen appended to the job title of screenwriter. Is that because so many independent directors write their own scripts?

NBCUniversal: “Transmedia storytelling will be a part of Social TV” | IP & TV News
I might be an old codger, but aren't people tired of this yet?


Social TV will be equivalent to watching TV. The second screen, sharing with others as you watch, interactivity  – the “social” part of TV will all be part and parcel of the regular TV experience.


This week Kessler announced a simple add-on auto panning solution for their popular Pocketdolly and Cineslider. Essentially a bar attached to the slider that couples to a panning base on the slider – as you move the slider it can be configured to auto track a central point or point outwards for a panning shot.


In the last several weeks, Mylenium has written on a variety of possible issues some will face with the initial Cinema 4D features of the Next version of After Effects, which were discussed in-depth in details of CINEMA 4D integration with After Effects by Todd Kopriva. Mylenium has gathered his thoughts in a meaty post on the topic, cinelement, and added more in Fractured Reality.

AIFF, MP3 and WAVs — What’s the Best Audio Format for Video Editing in Final Cut Pro? | PremiumBeat
This is old, but worth remembering:


First, let’s get this out of the way: Final Cut Pro hates MP3. This goes for the new Final Cut Pro X, as well as legacy versions of the application.


In this Final Cut Pro X tutorial, Mark Spencer and Steve Martin discuss taking over 25,000 photos Steve took in San Francisco, and making some time lapse videos. Yep, 25,000! Time lapse is a lot of fun, and if you’re not shooting video at a slow frame rate, with the resulting video sped up, things get a little tricky with images.

Why is there a difference of image quality in Final Cut? | Larry Jordan | YouTube


Ever notice that the image quality differs when you look at an image in the Event Viewer and when you look at the same image inside the timeline viewer especially when playing back? In this Final Cut Pro X webinar excerpt, Larry Jordan shows you why this happens and offers a few other tips

Sky: ‘We’ll do 4K and Ultraviolet if there’s an opportunity’ | Recombu


While not confirming that Sky would be lanching 4K - aka Ultra HD - broadcasts and movie downloads any time soon, Rob Webster, commercial group director, Sky revealed that the company has been considering them.


Televisual has teamed up with Aerial Director of Photography Jeremy Braben of Helicopter Film Services, Director of Photography Ed Moore, and grading artist Dado Valentic at Mytherapy to create this beautifully shot series of aerials of London. Filmed in 4K on a Sony F65, the footage was shot on a strikingly clear evening in mid-February and captures key London landmarks as you’ve never seen them before.


“The only thing I could think was that my unconscious had been working on the sketch and improving it ever since I wrote it. I began to see a lot of my best work seemed to come as a result of my unconscious working on things when I wasn’t really attending to them."

The Next Steven Spielberg Uses A Smartphone | Readwrite

Filmmaking on an iPhone: What are the benefits? | Kristian Day | Zacuto


One of the finest products in the plethora of those that have flooded the market is the Zacuto iPhone Point N Shoot. On my television cooking show, Crowding the Pan, we shoot entirely on an iPhone 4S with a limited budget. This could be anywhere from zero dollars to $3000 an episode (depending on if someone is sponsoring us or not that week).

The Real Deal on Redrock’s “One Man Crew” | Crew of One
For interviews, this $1,495 rig looks interesting:


First and foremost, it turns out that the One Man Crew was NOT intended to compete for share in the slider market which Kessler dominates. Instead, it was designed to accomplish one specific function: to smoothly, silently and automatically maintain a continuously moving shot of an interview subject (or other “talking head”)

Dear Internet: Stop freaking out! | Twitter
Some of the many discussions about Adobe's new adventures:


We did our best to answer a lot of the questions coming in about the MōVI M10 and MōVI MR in one fell swoop. More videos and detailed updates will follow soon.

Animating text in Motion 5 using a custom made behavior and keyframes | fcp.co


One of the great things about Motion is the fact that there is a lot of power under the hood that gets overlooked by the majority of users. In this new episode of MacBreak Studio, Mark Spencer lifts that hood and shows an enthusiastic Steve Martin how to animate text using a custom behavior and the odd keyframe.


It’s a bit unfair to compare the Rokinon with a $2,000 lens that is widely recognized as one of the sharpest tilt-shifts made, but that’s the most direct comparison. Since most people probably haven’t shot with the Canon 24 TS-E, I included the resolution numbers for the Canon 24-105 f/4 IS just to give a widely known comparison point.


This video is 100 per cent hand-crafted stop-motion animation, and shot 99 per cent in camera. Camera! The boys even made teeny little rigs (watch till the end - s'worth it).

Adobe wants you to rent software, and other news 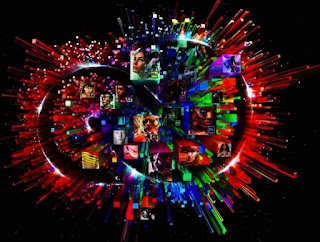 Today Adobe announced that they are moving to an all-rental model for their creative software. You'll be able to rent a single title like Photoshop for $10 a month ($20 after the first year), or get access to the entire Adobe collection for $50 a month (there's some discounts for the first year for current users.)

I've been using Photoshop since version 1.0, and Illustrator almost as long, and I just switched back to Premiere from Final Cut Pro, so I'm not an Adobe hater, but I must admit that I'm not a fan of being forced into a rental model. I already wrote at some length about this last year when they first announced the Creative Cloud: Are Software Subscriptions A Good Idea?

Color me a little skeptical about Adobe's justification for moving to the rental model: on the one hand they say that maintaining the Creative Cloud and Suite was a distraction:


Producing these different versions was a distraction, and this move, Morris told me, will “give Adobe the ability to focus” and make life easier for its engineers.

Yet when I bought the last version of Creative Suite I downloaded it online, registered it online, and I've downloaded updates online. Sorry, but I'm not sure what the big difference is between that and the Creative Cloud rental; is the impact on the software that dramatic depending upon the routine that verifies if you're running a valid version?


On the other hand, at current prices, the $50 a month rental fee to get everything is a pretty good deal; if you use all the programs regularly, and were in the habit of updating every time a new release came out. If you weren't such an enthusiastic updater, then you will be paying more. And what stops Adobe from increasing the price?

In my office I have Photoshop CS3 running on a PC and CS6 running on a Mac. Quite frankly, for the things that I do with Photoshop (resizing, levels adjustments and other simple things) CS3 does everything I need, which is the reason I haven't upgraded. To be honest, I barely scratch the surface on several of their apps.

At the same time, I like the new features in Premiere CS6...which brings me back to the fact that I used to use Premiere Pro, then I switched to Final Cut Pro for about five years, and now I've switched back to Premiere. If I were to switch back again, it may be several years before I can stop paying the rental fee because I might want to access old projects.

Finally, I've read several people talk about subscriptions as being the "future" of software sales. I find that ironic because I'm old enough to remember the past. Back in the days of mini-computers and main frames, most business software was rented or licensed on a yearly basis, not purchased. Micro-computers changed that, turning the majority of software into a purchase model. Now the Internet has managed to bring us forward...into the past.


In this 45th episode of the NeedCreative Podcast, your host Paul Antico is joined now new permanent co-host Ben Consoli of BC Media Productions to talk changes in the show, and the latest news. We also go over listener feedback, especially from the last show, and much more. [Note: We will return with a new show in two weeks.]


With the instant $1,000 rebate on the C100, I felt that it came in at a price point that allows me to own a camera system objectively without forcing me to choose it due to financial reasons. (Although at $5,500, I think the camera is still about $1,000 over priced for the features it offers…).


When you start an FCPX project I always want to get organized early because it makes me think more clearly about how to find things. This is the way I set up my Keyword Collections and organize them into folders.


One of the things that strikes me about this little jib is just how well designed it is, so many details have been considered in order to make it as portable as possible whilst being a single part. There are window cuts in the metal work wherever possible to keep the weight to a minimum, it really does look and feel like a well engineered product.


1. Filmmaking is not currently a sustainable occupation for any but the very rare. It is not enough to be very good at what you do if you want to survive by doing what you love.


There are currently some reports about “dead” cameras when trying to update the EOS 5D Mark III with an Eye-Fi SD card.In these cases the users never got the option in the menu to update the firmware and press “OK” to continue, but the camera got “dead” (“frozen” in fact), non responsive for long time.

I spent much of the last couple of days following around a team working on the Boston 48 Hour Film Project. I intend to write more, but here's my initial impressions: