This SLR does movies 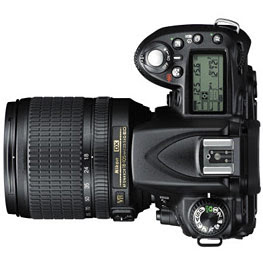 The Nikon D90
I may have to switch camera brands.

A little back story. When I first got into film photography, I really wanted a Nikon SLR because I was under the impression that they were THE camera for 35mm. I never did get a Nikon, and as luck would have it, I ended up getting a Canon DSLR partly because they were first to come out with a reasonably priced DSLR, and partly because I had one on loan for several months and loved it.

I’ve been very happy with the Canon over the years, and always felt that the difference between the Nikon and Canon SLRs have been – at least from my perspective – mainly issues about UI and minor performance differences with no obvious winner unless you are at the extremes: if you’re a sports shooter versus a studio shooter, one camera may be clearly better. But unless you’re a pro-photographer, either brand will probably serve you nicely.

But then Nikon went and announced the D90, which has one very interesting feature:

That’s 720p for those up on their HD formats.

When I first heard that it was going to have a movie mode, I wasn't that impressed. I figured an SLR would be kind of awkward for shooting video, and I already have a couple of good video cameras.

But then you see some video captured using different SLR lenses, and think “hmmm…that could be really useful for some special effects.” Neither of my HD cameras have interchangeable lenses; so the possability of using a fish-eye or a fairly long lens is certainly appealing.

I'm certainly intrigued, and if you already have those lenses, then the camera really becomes interesting.

The only problem is; I don’t!

And I hear that they'll be available at Best Buy tomorrow...
Posted by Michael Murie at 12:40 AM 0 comments