DPReview has posted it's review of the Canon 7D and they seem to love it. Admittedly, this site is a photography site, but it's still good to know that the camera scores highly as a still camera.

The beginning of the conclusion sums it up:

If you are looking at the pros and cons list above you could be forgiven for getting the impression that we somehow struggled to populate the cons list with a number of bullet points that comes at least close to what you can see in the pros department. You are not mistaken. The EOS 7D is an excellent addition to Canon's range of APS-C DSLRs that is, in terms of build quality, speed of operation, ergonomics and image quality, a cut above Canon's previous APS-C flagship, the EOS 50D.

Back at the end of October, ShedWorx released version 2.0 of their AVCHD converter, VoltaicHD. New features for this release:

You can download a trial version. If you have a non-Intel Mac, or want to be able to reimport AVCHD files that are no longer in an AVCHD file structure (the only way you can import them into Final Cut Express and Pro) then VoltaicHD is worth checking out.
Posted by Michael Murie at 11:48 AM 0 comments

Gizmodo says that the Apple TV sucks, even with the 3.0 update (and I have to agree; if you thought 2.0 sucked, then 3.0 isn't going to change that opinion.)

Specs wise, the Popcorn Hour scores high, with the Patriot a close second, but in testing, the WD and Seagate were given the win (a tie.) The Popcorn does well with a third, but got dinged on price ($300 compared to the WD TV's $150.)

I did find it amusing that though the first paragraph says "When Apple TV 3.0 came out, we were unimpressed" the third paragraph begins:

This isn't about photos and music. Apple TV is better at both of those than any of this stuff

I've said this before, but I've been tempted to get a WD TV or WD TV Live, because of it's ability to play video files without having to go through another conversion step as I have to with the Apple TV. But I do that so infrequently, that it doesn't bother me enough right now... 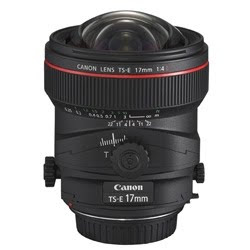 And as interesting as the article (and examples) are, I really wish that they explained the difference between the new models and the previous model(s) which are more than $1,000 cheaper. Unfortunately, the only reference to the other models is:

The lenses' control wheels and lock mechanisms have also been improved over earlier Canon tilt-shift-series optics to provide smoother, more positive performance in both vertical and horizontal mode. And to help reduce ghosting and flare, the bulbous front lens element is coated with advanced SWC coatings.

And who can afford to spend $1,200 just for smoother performance?

The architecture photo example is rather old hat, but the examples using the lens to take some product shots were really interesting.


Hands on with the Canon 7D

David Flores has an article on the Canon 7D on Filmmakeriq.com. It’s a good overview, but my curiosity was aroused by the section on the camera’s video capabilities which concludes:

The process is a bit involved, but I walk you through it step-by-step in our companion article, The DSLR Filmmaker’s Editing Workflow: Transcoding to Export.

But the link isn’t active, and I can’t find the article on the site (or on the Web!) Despite this, the Filmmakeriq site has some interesting articles.

Tricking out your DSLR for Video

In another interesting article at Filmmakeriq: David Speranza lists viewfinders, camera mounts/rigs, follow focus add-ons, and sound hardware and options. If you have some money left over after lenses, might be worth a look!

StudioDaily.com is another site where I've found some good articles. This article covers a meeting devoted to film making using the Canon 5D and Panasonic GH-1. A lot of the projects talked about were experimental, or started out that way, but it seemed people were generally happy with the results.

Particularly interesting is Tim Smith's (from Canon) comments about the early days of the 5D, and how many people Canon thought would use the video capabilities:

“When we saw the 5D footage, it was tough to hold our tongues and to convince the Canon people what would happen to our business once the camera was released,” continued Smith. “Our marketing team expected 3 to 5 percent of the people who bought it would be interested in the video side of the camera. It’s closer to 40 percent, and there are 15,000 5D cameras on back order.”

Finally, everyone's heard about the nasty jello effect caused by CMOS sensors when you pan quickly. This can happen in almost any CMOS equipped camera, but is particularly noticeable in the video DSLRs. Well here’s a rather shocking example of what can happen when filming a drummer using CMOS: Wet noodles for drumsticks? No! it’s CMOS video!

Nothing much to report today.

Came across an interesting post about shooting time-lapse sequences with a DSLR: 7D Timelapse Experiment in Dungeness.

I’ve been saying for a couple of years that I wasn’t going to jump into Blu-ray until Apple shipped something for authoring. But that doesn’t seem to be happening anytime soon.

On a related note; I just bought the new Blu-ray release of North by Northwest, one of my favorite Hitchcock movies. Only problem; I don’t actually have a Blu-ray player, so that problem will have to be solved sooner rather than later. And if I’m going to go down that road, then getting a Blu-ray burner sort of makes sense; particularly as Final Cut Pro’s Compressor utility will output Blu-ray content....and you might even want to investigate Adobe's Encore for it's Blu-ray output options...

And 25GB Blu-ray discs may make sense for video backup and archive; yes, pros talk about tape backup, but those are really expensive!!

Sooo….I was looking at the Blu-ray burners available for the Mac from OWC just a couple of days ago. And today, along comes the announcement of an updated 12x version of their Pioneer based external burner that has Firewire, USB and eSATA connections. Just $350 for the drive, or $450 with a copy of Toast Pro.

Macworld generally liked the 8x version, saying that it had an attractive user-friendly case (high praise indeed!), they did note that they had problems using it connected via USB. I’ll probably just use the Firewire connection.

So now I just have to get up the courage to order something...

Want to win a Canon 5D? Or maybe even a Canon 7D? The Kata bag company is sponsoring a bag design competition that runs from now until March 1st. Design a camera bag and submit the design to the Dream Bag Challenge website. 1st Price is a Canon 5D plus accessories, 2nd and 3rd prizes are Canon 7D’s plus accessories. 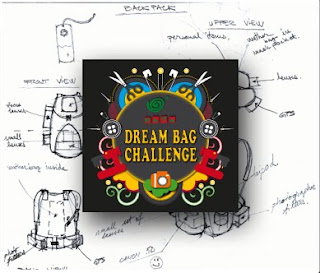 Colorist and Author Robbie Carman, has posted a couple of comments to the Cinema5D forum about grading DSLR footage, specifically the Canon 7D:

… 7D footage does appear to have an initial contrast ratio that is less than the 5D. […] on my scopes the 7D does have an elevated trace of about 10-15%/IRE given the exact same exposure settings between cameras.

[…] The wild thing is that the difference appears to be only in the blacks in and midtones. This observation leads me to believe that the 7D is in fact applying a luma adjustment to midtones/blacks in camera, almost like a reversed S-Curve

Both cameras suck when it comes to overall color latitude especially compared to RED native clips, but I guess that’s to be expected due to the 4:2:0 chroma subsampling. This has been especially frustrating for me getting good HSL keys for secondary corrections like skies, skin tone etc. But is no worse then HDV, XDCAM or HDCAM for that matter.

He also felt that the sharpness of the two cameras was virtually the same-at least visually-once the contract was adjusted, and speculated that people comparing the cameras and judging the 7D as being softer were perhaps being mislead by this contract difference.

After correcting the footage I cannot tell the difference between the two cameras from a contrast/color point of view the 5D of course does produce a shallower dof.

In a second post, he made some interesting comments about Network QC departments and whether they are willing to accept footage shot on DSLRS. His comment that most are still tape based was especially interesting:

I'm grading a show […] the production company has to "lie" to the network to get footage accepted because they have stuff that was shot HDCAM SR, DSLR, Betacam SP (yikes!) and high speed footage from the phantom. But as far as the DSLR footage.

1. H.264 is generally accepted as a deliver codec but not acquisition. So any format that uses it QC departments are scared of, for fear of it having big issues. Also network engineers are pretty strict to jitter and other technical issues they can see on waveforms and other display types. The weird part to me is HDCAM SR although at higher data rates also uses an MPEG 4 variant so why not DSLR variants?

2. I will say that rolling shutter is an issue for many QC departments. In fact some new QC specs I have read in the past couple weeks have basically said whip pans or fast movement with CMOS based sensors are not advised
[…]
Your best bet to have acceptance across the widest range of QC standards [is to] download the PBS standards and adhere to those...most networks follow those anyway