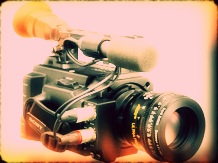 Availability
Sony has evidently told one UK store that the first UK deliveries are scheduled for 11th February.


Commercial shot with PMW-F3
Crews.tv has a short write-up on what may be the first commercial shot with the PMW-F3.  DP Donny Duncan had been going to shoot the commercial with a Canon 5D, but after seeing the PMW-F3 at a pre-release event, managed to persuade Sony - as well as the client - to let him shoot it with the pre-production PMW-F3.
Crews.tv: F3 on Vodafone TVC


Zacuto Rigs
Zacuto has customized a couple of rigs for the PMW-F3:


"I'm very impressed with this camera and its extreme low noise, robust construction, on-board XLR audio jacks and all of the right outputs. It all makes this an extremely powerful cinema camera." - Steve Weiss, Product Designer and Director


PMW-F3 Accessories List
AbelCineTech has put together a list of accessories for the PMW-F3, including: Lens Adaptors, Lenses, Follow Focus and Shoulder Rigs.
AbelCineTech: LENSES & ACCESSORIES FOR THE SONY PMW-F3
Posted by Michael Murie at 10:00 AM