The second part of my notes from, The Great Frame-Rate Debate, held at last year's Public Television Quality Workshop.

There’s some people who say it does have enough of the [24p] look. I’m not one of them. It looks different certainly, to me it does not look like movies, it looks like some attempt that somebody made to get a movie type look.

I should note that in the opposite direction, for several years now at the international broadcasting convention, the European Broadcasting Union and the BBC have been showing things at 120, 150, 300 fps and showing the tremendous increase that you can get in dynamic resolution by doing that, and they would like us to be shooting everything at very high frame rates and then doing something like what Doug was talking about and go down to whatever exhibition frame rate you want to go to.
- Mark Schubin

I think a lot of viewers would accept it as being reasonably like the 24 frames, but the directors and DPs, they see the difference, and they call the shots. Also, 30 works fine in the US, but the beauty of 24 is that you can get to 25 and 60 relatively crudely; [you do a] speed change for the Europeans [and] 3:2 for us. Everybody accepts that, and 24 has that global universality about it that 30 does not. Getting to 25 digitally can be done, but it’s not as simple as with 24.
- Larry Thorpe


We don’t have words in the English language to describe that subjective difference between 24 and 60i or 60p.
- Douglas Trumbull


I think there’s different content that’s appropriate for different frame rates. When people think about sports or news, 24 frames doesn’t cut it, it looks like a movie, it doesn’t look live. There’s a texture that…we don’t have words in the English language to describe that subjective difference between 24 and 60i or 60p.

Jim Cameron intends to make Avatar 2 and Avatar 3 at 48, 60 or 72 frames, he hasn’t decided yet; it has to do with some standard’s issues and what the projector manufacturers are going to be able to deliver, what the media servers are going to be able to do, etc., etc. But he wants to go to that reality immersive based thing which also solves a lot of horrible problems that 24 frames introduces into 3D
- Douglas Trumbull 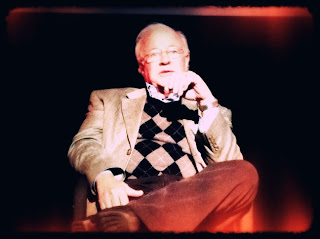 What’s different about 3D that makes the judder more of a problem?

3D is two images superimposed that have slight differences between them; left eye right eye, differences. If the motion of the object on the screen from one frame to the next meets or exceeds the displacement between the left and right eye, 3D goes away. It’s lost totally. And you’ve got all these movie directors who want to do action scenes, car crashes and fights and stunts, with fast camera moves, and slamming fists and explosions. And if you actually analyzed those frames, there’s not any information there for substantial periods of time, and the 3D effect virtually vanishes
- Douglas Trumbull

Other issues when shooting in 24p

In movies, blurring and a roughly 180 degree shutter is vital to having that illusion of motion work fluidly. And it’s very well known amongst people who are cinematographers and projectionists in the movie industry, if you shoot with a very narrow shutter opening, it looks very stroboscopic and juddery, because each frame is sharp.

There’s a very good example of that, in a current movie called Secretariat. If you’re looking at the hooves of the horses during the race, they shot with an extremely narrow shutter opening so what you see is a lot of sharp frames and no blurring. It was like the opening sequence in Saving Private Ryan, which Spielberg shot with a very narrow shutter for a certain period effect. But everybody who makes movies, knows how important blurring is for 24 frames, and so [in] animated films [like], Toy Story 3, they spend a huge amount of computer rendering time to create artificial blur.
- Douglas Trumbull


Way back on 2001: A Space Odyssey, which was film school for me, we started shooting our miniatures with stop frame camera positions, so every frame of the Discovery spacecraft was sharp. It looked horrible. We'd started lighting our scenes with strob lights, and it just did not work. That’s when we realized that even though the shutter was open for 10 seconds on an F 32 exposure to get the length of the ship, it had to be moving during the shutter opening period to get the natural blur that would occur if it had been shot at 24 frames. So you just let the shutter rotate half open half closed, half open half close, no matter what length of time you were shooting, to get the same blur that you would get with live action.
- Douglas Trumbull


See also NotesOnVideo: The 24p debate: Part I
Posted by Michael Murie at 9:00 AM