Lightworks is an NLE (Non-linear Editor) that has had some success in feature film editing, and was acquired by EditShare last year, who decided to take it Open Source. That's right, you can download it and run it; for free!

Free you say?! Well, I'm all over that. Unfortunately, at the moment Lightworks is only available for the PC, though they have said that they are working on a release for the Mac and Linux.

As luck would have it, I don't currently have anything running on my PC that will edit video (I primarily run Final Cut on my MacBook.) I do have a copy of Premiere Pro 1.0 running on an old PC, but I haven't bothered to reinstall it on the Dell laptop.

Figuring it's always handy to have a video editor - and free is just the right price - I decided to install Lightworks and give it a go. This will be the first of what I hope will be a short series on how that goes.

Launching
When you first launch it, Lightworks asks you what keyboard layout you want (Avid, Final Cut or Lightworks) and I chose Final Cut.

The Projects browser then appears asking you what frame rate you want to use (it defaults to 25 fps) and the name of the Project.

Then you're deposited into a blank workspace with a toolbar and a shark that talks in comic balloons. He recommended ingesting media using the record tool or the import tool, so that's what I tried.

Importing Files - a bit of a problem
The first thing I wanted to do was import some files to play with. That's when I ran into problems. The .mp4 and .avi I tried all generated an error. The documentation notes that Lightworks uses QuickTime to import files. They also point out that one of the limitations of Open Source is that they don't have licenses for some of the commercial/licensed codecs, so I had been primed for a problem, but I didn't think it would mean that nothing I tried would open.

10.0.3 A new day
And then a few days later, they rolled out 10.0.3, which they said had improved codec support. I thought I'd give it a try, so I downloaded the update (and had no problems with the website this time!) and was also careful to install the Matrox drivers that were recommended, and lo and behold; nearly all the clips I tried now opened successfully! It was like night and day.

So if you gave Lightworks a try when it first came out, and ran into problems, you might want to give it another look.

In the mean time, I'm puzzling over the interface...this is nothing like Premiere or Final Cut! Check the Lightworks tutorial from DV Studio Productions (below) to get you started! 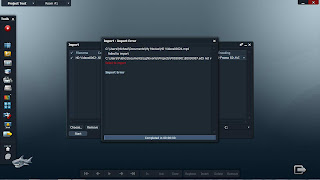 Lightworks Beta
Get the software here

YouTube: Lightworks Tutorial- World's First
A quick demo that shows you how to get started editing with the unusual - for those of us used to Final Cut and Premiere - interface of Lightworks


life is about learning by the base of concept we provide studela. for the learning people it is very useful one. In studela we provide a video for maths coaching, science projects,bank exam, IAS exam,TNPSC group exam,RRB exam, other compatative exam, kids learning videos and some technology videos are availabe. watch more videos get your view smart


we build portrays your business effectively in the market. We utilise the World Class Technologies to give you the outstanding and most reputed digital asset.Getting online is easy. Succeeding online is a different story. You’ll need more than just a beautiful website to stand out these days. Online marketing solutions. Conversion-based web design coupled with a lead generating marketing plan, your online success is inevitable.

Thank you for sharing this type of information. We hope you will share some more information about it. This is very helpful for me & for other who looking for iMovie for laptop Windows. Visit our site & download it.

Thank you for sharing this type of information. We hope you will share some more information about it. This is very helpful for me & for other who looking for imovie editor free. Visit our site & download it.