One Card to Rule Them All

There must be something in the air - or maybe it was that freakingly magical Photoshop Context-Aware fill demo - but I'm really getting amped up for the announcement of Adobe CS 5 (and this is someone who only uses Photoshop and Illustrator from CS2 right now!)

I haven't been using Premiere Pro since version 1, but now with all this Mercury Playback Engine chatter, I'm getting intrigued. Not only will it accelerate effects and playback, but H.264 compression as well. Now that would be something to get excited about.

Unfortunately, it seems you need a particular kind of graphics card to get it to work. The word at last night's Boston Final Cut Pro User's Group meeting was that Mac users should be looking at the nVIDIA FX4800. A nice piece of hardware that sells for $1,400, though if I want to get that, I'm going to have to replace my decidedly aged Mac Pro. This upgrade could cost me an arm and two legs! 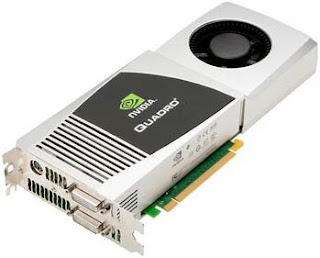 Adobe says that support for other cards will be added, and according to a quote in Millimeter, the it maywork with MacBook Pro's in the future (now THAT would be nice!)


Baker singled out the Apple MacBook Pro as a beneficiary of the Mercury engine. Many Apple notebooks find it extremely difficult, if not impossible, to play back even one stream of raw AVCHD MTS files in Premiere Pro and other programs, as this reporter knows well. (I have a 2.2GHz Core 2 Duo with the included GeForce 8600M GT, and MTS playback simply does not happen.) Of course, no mobile GPUs are on the current list of supported GPUs, either Mac or PC, so laptop users will have to wait for future developments to employ Mercury playback.