Sony has posted a video on YouTube on the new "Bloggie" MHS-PM5 and there's a little bit about the 360 degree lens and video capability at the very end. 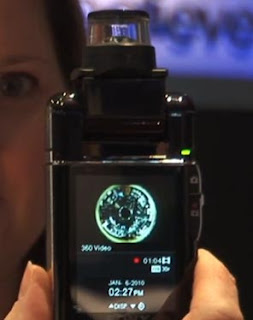 The lens is described as plastic, though it obviously must be a tiny parabolic(?) mirror. 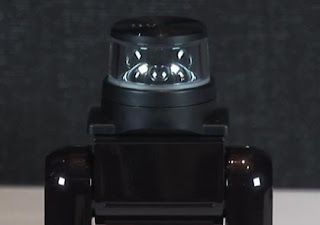 The interesting thing is the video playback; it requires their custom software to play back the video, and it shows a 360 degree view thumbnail at the bottom, with an enlarged 4:3 section of the window above that. You can drag back and forth across the panorama thumbnail changing what region is displayed in the enlarged video above. 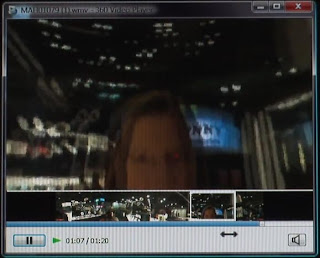 Now I'm just looking at video of the video, but it looks pretty pixelatedly awful! This isn't a surprise; it's saving a 360 degree panorama in a 1920 x 1080 frame, but I'm hoping you can actually have the whole 360 degree panorama play on the screen; that might be kind of fun.

Since the camera also takes higher resolution stills, perhaps the lens will be useful for taking panoramic stills too...

This is great to see an opportunity for these kids to get involved with a project of this magnatude. Keep up the good work and I'll look forward to your next progress report.