Shooting Diary
Danny Stack at Scriptwriting in the UK documents a day's shooting:


6.30am-8am Andy and Chris set up and fuss over the shots like the ARTISTES that they are. Dan and Chris get into character. Emma wires them up for sound. I walk around with an important blue folder to make it look like I know what I'm doing.

I love the "I walk around with an important blue folder to make it look like I know what I'm doing" line so much, it reminds me of these tips on How to Be a Motion Picture Director, from Marshall Neilan who was an actor and director active between 1912-1937


Q. How should a director direct?
A. That depends upon the importance of the visitors on the lot who happen to be watching him.

OnAmination.com: How to Be a Motion Picture Director

More on the Sony NEX-FS100
Paul Antico, who expects to get his new NEX-FS100 today or Monday, writes about why he decided to get one and compares the pros and cons to the Canon 5D Mark II:


I think the pros vastly outweigh the cons here. The major issues I have with the 5D is the lack of proper sound (requiring double-system sound and syncing which slows things down), so-so performance in extremely low light (the noise is very digital looking and not pleasing), and the lack of detail in the image and aliasing caused by line skipping. The Canon HDSLRs really are missing lots of picture information, but more importantly (as the 5D2 still looks very good), aliases a lot.

NeedCreative: Good-bye HDSLR for me! Sort of. A look at the Sony NEX-FS100

Shooting with the Canon 5D Mark II
Stephen Alvarez talks about a recent project for NPR which he shot with DSLRs:


I’ve chosen to work in film with DSLRs for the simple reason that I came to this type of reporting as a still photographer. Moving from stills to video is complicated enough so I didn’t want to learn to see again with a new piece of equipment. I’ve spent nearly 20 years learning what my 24mm f 1.4 and 50mm f 1.2 look like. The DSLRs keep that acquired knowledge relevant. There is something reassuring about having a familiar visual tool when you are stepping off into a new medium.

DSLRNewsShooter: ‘Nashville: Up From Prostitution’ – an assignment for NPR filmed on 5DMkII

OS X 10.7 Lion in June
The Unofficial Apple Weblog reports that Lion is being used for internal testing at Apple, and may be ready to ship at the World Wide Developer's Conference in June.

So does it arrive before Final Cut Pro X, and does this mean you'll have to upgrade to Lion to install Final Cut Pro X? Apple did say it would run on Snow Leopard at the SuperMeet...
TUAW: Rumor: Lion near to going live

Sony says Boston.com wrong about Digital Projectors
Engadget prints a response from Sony Digital Cinema about problems with digital projectors and misuse of 3D lenses when projecting 2D movies. The article states that:


Notable items on the list are that the Sony system does not alternate between two images rapidly, changing the lens takes less than 20 minutes, the RealD 3D filters only reduce light output by 20% (not 85%)

I'm not sure that this statement:


It takes less than 20 minutes for a trained technician to change the lens.
Sony has a system in development to make the change even simpler.

makes me more or less convinced that theaters are doing it.
Engadget: Sony stands behind its digital projectors, claims the only thing ruining movies is Russell Brand 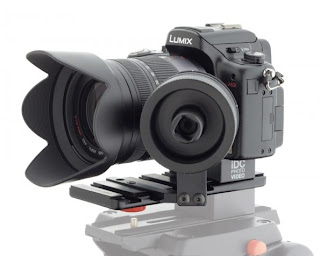