I often tell a story about how years ago at Siggraph I first saw one of John Lasseter's early Pixar pieces, and what impressed me about it was not the quality and realism of the 3D animation, but the story it told. There were other 3D shorts shown at that event that were more complex - even more realistic - but none were as compelling as Knick Knack.

With that in mind, I find it ironic to see some recent threads of discussion about gear vs. story. Much of this discussion seems to be against the gear centric orientation that many sites - including this one - have. As one of those sites, I guess I'm being defensive, but let me say this:

Story is the most important thing.

BUT 90% of the time, when you're working on other people's stuff, story is not the most important thing; it's keeping the client happy.

It's about working efficiently, and getting the job done to their expectations.

It's also about making them comfortable; and part of that is just selling yourself. All of those factors can complicate the "story vs gear" question, because while you might be able to make an incredibly compelling piece using a black and white 8mm film camera, you might still find it very difficult to get a job shooting a wedding or promotional piece with that camera. One person in a hundred might be able to do it; but the rest of us probably won't.

Clients are terribly nervous about things they don't understand. Three years ago, if you showed up with a $1,000 handicam your clients would be very worried. Today, it's probably possible to show up with a $1,000 Canon T3i and clients will not question it; as long as they think you have a Canon 5D Mark II.

We are too, perhaps, truly living in a new time for filmmaking. Today DSLRs that cost less than $1,000 can produce video rivaling that produced by much more expensive gear. That wasn't true ten years ago.

I know there's a bunch of Gear vs. Story debating going around, but IMO gear allows me to "get the shot" that helps the story.
@TonyReale

Hurlblog: The Story is What Matters
Camera|DSLR: Gear VS Story | Great Words of Great Film-Makers 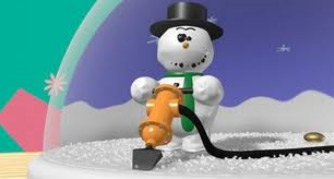 Knick Knack, Pixar
Posted by Michael Murie at 11:00 AM