Video Review Of Canon XF100 / XF105
CVPTV has posted an introductory review of the Canon XF100 / XF105. This is primarily a feature demonstration/overview, though it includes an example of "night-shot" mode and additional sample video in the last half of the segment.[Good luck finding one in stock! B & H Canon XF100 $2,999.00]
Creative Video: Introductory review of the Canon XF-105 (XF105, XF-100, XF100) Full HD 50Mbps camcorder

Why I Bought An NEX-FS100
Sam Morgan Moore explains why he bought this large sensor video camera from Sony, moving away from DSLRs, and why he chose it over the AF100. He also mentions that he bought the kit lens, even though:


This is a really unappealing looking bit of glass. But I’ve got it because its just going to be so handy (like the better specced 24-105 on my 5d). AF and image stabilisation, few lens changes, less messing with the ND that will be required

NAB Is Looking For Speakers For 2012
The National Association of Broadcasters has issued a call for members of the NAB community to become "active participants in the development of the overall education program for the NAB Show."


All interested professionals are encouraged to submit presentation or session proposals for the 2012 NAB Show, held April 14-19 in Las Vegas, prior to the entry deadline of October 21. Submissions must be relevant to the creation and distribution of media and filmed entertainment content, or address emerging trends and their impact on the media business.

Megabytes, Gigabytes, Terabytes, Petabytes, Exabytes, Zettabyte
Only a year or so ago it seemed like a Terrabyte was a pretty big disk drive. But we're starting to get 2 and 3 TB drives, so what's next? Petabytes! Then Exabytes, and on to the Zettabyte!
Engadget has a graphic showing the changes.
Engadget: Visualized: a zettabyte

Theaters To Go All Digital
The National Association of Theatre Owners posted comments by President & CEO John Fithian, made at CinemaCon in March 2009. He noted that:


..based on our assessment of the roll-out schedule and our conversations with our distribution partners, I believe that film prints could be unavailable as early as the end of 2013. Simply put, if you don’t make the decision to get on the digital train soon, you will be making the decision to get out of the business.

He also sees 3D as remaining a positive trend, and notes that the Hispanic population is increasing:


Two population trends in this country point toward sustained growth. First, the fastest growing part of our population, Hispanics, are the most avid movie-goers. [...] By 2050, the Bureau predicts that Hispanics will constitute one out of three residents in this country. And Hispanic per capita movie attendance averages seven times a year, compared with four visits for other ethnicities.

The other population trend is a strong birth rate in the US...
Natoonline: JF SPEECH CINEMACON 2011 - Distribution Version [pdf] 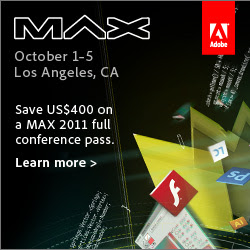 Posted by Michael Murie at 8:00 PM