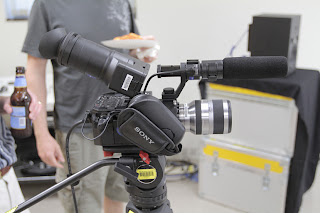 The NEX-FS100 and the Kit lens
The tired, the thirsty and the hungry video production people of Boston had a place to go to last night; Pub Night at Rule Boston Camera! Free pizza, free beer, and gadgets to play with; could it get any better?

Sony was presenting the NEX-FS100 Super 35mm camcorder and the BVM-E250 OLED [$25,499.95] monitor. Rule had four NEX-FS100s set up in different configurations; one stripped down on a Steadicam, one on a rig with a Nikon lens and follow focus and external monitor, one with just a Zeiss lens and lens adapter, and one with the Sony Kit lens. You could get hands-on with them, and really get a feel for the camera. 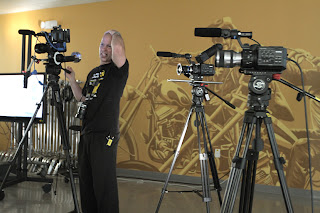 Tom can't decide which camera to demo...
Tom Cubby from Sony gave a short intro to the NEX-FS100, talked about it's features and demoed it's low-light capabilities, and then we were free to handle the cameras. He also had the A to E-mount adapter, and an Alpha mount 50mm lens, which he put on a camera. 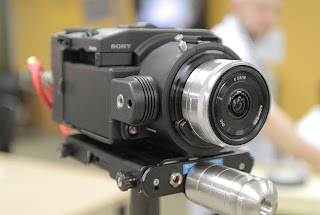 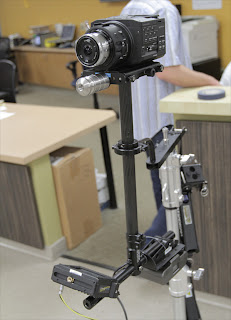 Stripped down NEX-FS100 on Steadicam
I've held the NEX-FS100 before, but it was still good to spend a little more time trying to hand-hold this odd-shaped camera, and practice clicking the Expanded Focus button while operating; I think that could be in a better location that's easier to find and press without looking for it.

Interestingly, the two units that were being passed around in a hand-held configuration had the side-handle oriented in opposite directions; this made one feel natural to hold down at your waist, while the other felt more natural held up higher to your face (with the EVF extension tube.). I'm not sure that I like this camera for hand holding that much, but it is interesting how it can be held in a couple of different ways which feel sort of natural. 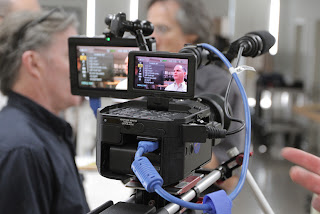 External monitor connected through HDMI port
A good crowd turned out for the event, including Boston Final Cut User Group leader Daniel Bérubé, obviously searching for somewhere to hide from people asking him questions about Final Cut Pro X. I'm not sure it worked out too well for him.

Dan sometimes works with Canon, but he had no information on the rumors of Canon developing a 4K camera, though he obviously thinks they will come out with a large sensor video camera at some point. When asked, he said that Canon doesn't want to be first; they figure out what the best solution is, and then deliver it. 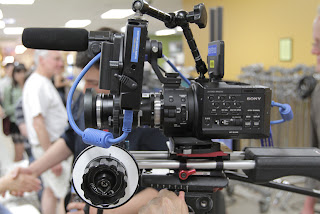 Nikon lens, external monitor and follow-focus
The OLED monitor was set up with a couple of other LCD panels for comparison, but at $25K, I didn't want to fall in love with that, so I didn't study it closely! 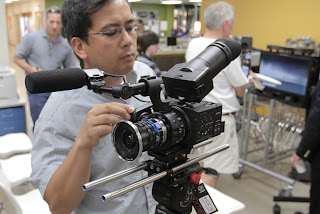 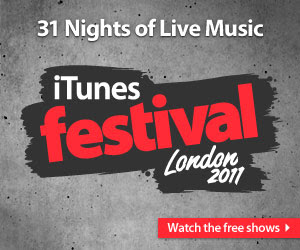 Posted by Michael Murie at 4:30 PM