Letus35 Hawk Review
If you aren't saving your pennies for the Zacuto EVF or Redrock microEVF, maybe you would be interested in a more "traditional" optical viewfinder? If so, the Letus35 Hawk, looks interesting and Dan Carr takes a look at it:


It looks, feels and more importantly performs like a quality product that I would happily recommend to someone who wants to shoot with an HDSLR. It’s going to be compared a lot to the ubiquitous Z-Finder and I would say the Hawk has the edge over the Zacuto product. The aluminum construction is solid and the new quick release system really puts it a step above the others because it actually IS quick to release. No fumbling around with screws and knobs. The current price for both the carbon and aluminum models is $385 which is comparable to the Z-Finder but feels worth every penny.

Sony NEX-VG10 News
Christopher Mayer posted an interesting video showing how a "Caprock" anti moire filter can reduce aliasing/moire effects. The clip also includes some footage shot with a Nikkor 50/1.4 and ND fader
Vimeo: Nex-VG10 moire reduction and 50/1.4 ND tests
DSLRphoto.com has a review of the Zeiss Biogon ZM T* 35mm f/2 Lens on a Sony NEX camera using a third-party Leica M to E-mount adapter. You lose auto-focus and auto-aperture with this kind of setup and note that the VG10 does not provide the magnified focus view in LiveView that the NEX-5/3 does, though users seem to be able to focus okay (see Chris' use of a Nikkor lens above.
DSLRphoto.com: Zeiss Biogon ZM T* 35mm f/2 Lens on Sony NEX Series Review by PhotoZone 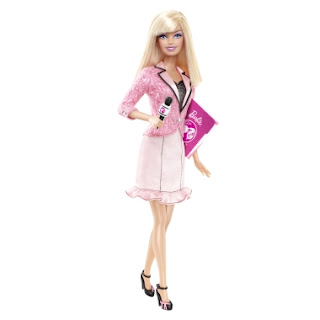 Mattel: Barbie® I Can Be...™ News Anchor Doll

The Future of Exhibition - Opening the Box Office
This looks like an interesting panel at the Open Video Conference in New York on Saturday:


If cinema going and exhibition is to filmmakers what gigs and concerts are to musicians - a live, unique experience that people are still happy to pay for - why is it a space so dominated by major media companies?

And given the rapid technological shifts in film and videomaking, why has the film-going experience barely changed in 60 years?

In this session we'll look at how people are taking exhibition into their own hands - from microcinemas and indie film clubs, to VJing and visual art, fan-driven screenings and audience interactivity, exploring how the future of exhibition goes way beyond the multiplex.

Netribution: The Future of Exhibition: Opening the Box Office - our panel at OVC

Just What The World Needs: Star Wars in 3D


Sources indicate that George Lucas is set on rereleasing the "Star Wars" franchise in new 3D conversions beginning in 2012. Although 3D versions have been rumored for some time, Lucas purportedly was waiting until there were enough screens available to make the release a sizable event.