Fortunately, as someone transitioning back to Premiere after years with Final Cut, I found the presentation on working with the Creative Suite informative, as there wasn't really a whole lot to learn about working with the C300, other than:

Adobe Story
They wrote their script in Adobe Story, an online service/AIR app that you can currently use for free (it will be part of the Creative Suite in release 6.) Adobe Story let's you write in the standard script format, though it also supports other formats including a two column format for AV work. 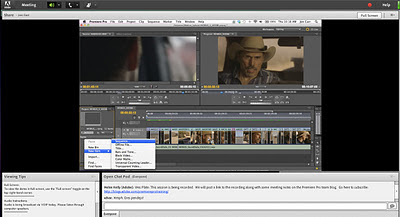 Working With After Effects

Adobe says that the full webinar will be posted online, and they'll link to it at their weblog: Premiere Pro work area

Posted by Michael Murie at 5:00 PM