You might know Tom Guilmette as the guy that made that slow-motion-video-in-a-hotel room with the Phantom camera. Or you might know him as a spokesman for Vinten Tripods & Heads. You might even know him as the operator of Camera 7 on the left field wall of Fenway Park. Tom is a skilled DP based in Boston and last month he spoke at Rule Boston Camera's Pub Night about shooting sports, Vinten, Social Media, and the Phantom camera. The following are some notes from his talk.

Sports
For the past ten years Tom's been a cameraman for NESN, and for most Red Sox home games he works Camera 7 up on the left field wall at Fenway Park. He began his talk with an overview of the production of a broadcast of the Red Sox home game, covering set up, camera operation, how the show is produced, and even how he knows what’s going on and sees the program. He showed some uncut clips, as well as some behind-the-scenes footage he shot of the production of a basketball away game.

Tom operates a Sony "hard" camera with a Canon or Fujinon lens that is 700mm at f 1.7, with a doubler that goes to 1400mm. Of his operation of the camera, he said "All I do is pan, tilt, zoom and focus. All the colors are handled in the truck." He also stressed that the tripod head is the most important part of the machinery.


[It's] a lot of whip pans, a lot of snappy zooms, so you need a pan head that is going to be able to handle all that, and I tell people that the pan head is number 1, because that’s your pivot point. [...] If there’s any surprises like sticking or slipping, that ball is going to fly out of your frame.

You’ve got to know where your focus is. If you’re shooting something in the crowd that’s five feet away from you and then you go back and you’re full wide, it might look like you’re in focus, [but] soon as you zoom that camera in, it goes way out [of focus] and you just can’t recover in time.

When I shoot, whether it’s ENG, off the shoulder, or it’s with the Phantom, I take all color out of the viewfinder. I don’t want color. If you have your camera set up properly there’s no reason to even see color, and for me it’s easier to focus.

A CRT is the only way to go because when you're chasing after a baseball and it’s in the air and you’re pulling focus on that, if you have an LCD, trace-lag in the LCD is just inherent, If the LCD is cold and you’re shooting football outside, and you go to follow that spiral and zoom into it tight, the crystals aren’t moving around like they are supposed to and it’s so hard to track, [because] everything’s blurred.

He was asked if he were shooting a High School football game, what would be the minimum number of cameras he would use, and where would he put them?


I'd like five, but I could do four cameras. I’d have a game and a tight at the 50. One would be wide on the entire field, the other would be picking off head shots. I would definitely have a hand held. You have to have a hand held running up and down the field, and to put your talent on camera. I would put the other one at what we call slash, up on the corner, or one in the End Zone looking right down the field so you can see everything.

He was also asked his thoughts about 3D for sports, and while he thought it was likely that NESN would try it at some point, he wasn't enthusiastic about the idea:


If it’s done correctly with two lenses, it looks awesome in the theater. At home, you’re watching the game, you’re talking to your wife, you’re answering the phone, you’re pulling your eyeballs off that screen, I don’t think it works.

Vinten
Tom loves the Vinten Vector 70 tripod head that he uses for the Sox games, and stresses it's importance for the kinds of shots he has to get when following a flying baseball. He noted that Vinten actually contacted him after a post he wrote on his blog, and they have had him work their booth at past NAB shows.


Anybody here follow’s my website you probably know that I’m basically in love with Vinten. Nobody in the sports market makes a better panning and tilting head than Vinten, and the cool design with this pantograph design, the panhead basically breathes. You can see how the center of gravity changes. [...] This pan head is paramount for doing these types of crazy moves.

The key with having a fluid tilt head is you need resistance. I run heavy resistance. When this gets really cold I notice that I don’t need to put as much fluid into the head.

Vinten discontinued the 70 series in favor of the 900, but then brought the head back - as the Vector 75 - though it is now a black color rather than the beige color they used to be: "If I had a choice, I’d tell them to go back to their traditional color, which was lighter and doesn’t seem to get as warm." Vinten sent him the Vector 75 serial #1 to try, and he brought that along to the meeting to demonstrate.


Social Media
Tom started his blog with Apple's iWeb, but then moved to Wordpress because iWeb wasn't powerful enough.


Three years ago I started a website, Tom Guilmette.com, and I recommend everybody here do the same. I don’t have demo reels, what I do is, I experiment with TV cameras, and [use that as] a place to put all the stuff that I learn and the content that I produce.

I hated YouTube with a passion [...] it’s just a wasteland of garbage really. And then Vimeo came around, and I remember seeing my first Vimeo and all of a sudden I see this 16x9 window pop up and it says it’s 720p. I didn’t think the internet could do this. Now I had a way to put the stuff that I produce in HD, the way I want people to view it.

I export everything at 4500 kbits, double pass, auto key framing, H.264, MP4. Right now I’m using Final Cut and I export right off the timeline and use QuickTime Conversion.

Twitter is a very valuable source of information, and to talk to people and put together ideas for projects. I also find it really useful to broadcast with. If I have an update on my website, [I can] throw it out to the 5,000 followers. 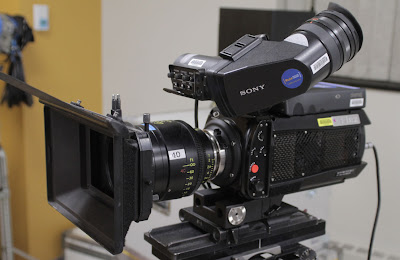 Phantom
Earlier this year, Tom filmed and posted "Locked in a Vegas Hotel Room with a Phantom Flex," a video shot using the Phantom Flex high-speed camera. This video went viral in a big way, and has over 2.7M views to date, somewhat to his surprise. He said that at first he was surprised there was so much interest "it’s like people had never seen this kind of thing before." He went on to add that interest in the camera continues unabated; "if I mention it on Twitter, people just go nuts about it."


The camera you see before you is my favorite camera on the planet. [It's] amazingly engineered in my mind, because this camera can pretty much mess with the fabric of time.

Traditionally, when you shoot high speed, you need a ton of light. What I’ve found with this sensor - I think the native ISO is 1250 - it’s ridiculous, it’s better than a RED. It’s crazy sensitive.

Depth of field is very shallow, especially when you have it wide open, which you need to when you’re shooting this fast

Depending on which model you have, you either have 16 GB or 32 GB of ridiculously fast, solid state memory. This camera writes at 8 GB a second, to flash memory. The 16GB gives you 2 seconds of recording time at 2564 1080. The way it works is, you park the camera on the hummingbird, you wait for him to arrive and grab the nectar. As soon as he arrives, you have two seconds to hit a post trigger and stop the recording process. That’s how I set it up

Think about it. Two seconds at that frame rate ends up being four or five minutes of the bird just doing his thing.

You can set a pre-trigger, but you’d only do that if you knew what was going on. You can set a mid-trigger point so when the building explodes you hit it right in the middle of the explosion, but I would rather [wait, and] as the building explodes, count two seconds and then hit stop. But if you’re not careful and you hit stop too late, it’ll already be in the explosion part of the shot.

It’s a PL mount so you can use PL lenses. It’s $2,500 a day to rent, but [you also need] the Cinemag, and batteries, and this thing goes through batteries like they’re going out of style. When I shot the Claymore Challenge, I had a portable Honda generator with me.

The key to the Phantom, is to black balance all the time. [You should] let it warm for about half an hour prior. But as the sensor warms, weird things happen. Blacks start turning greenish and you get what I call a screen-door effect where you get weird lines over the shot. You’ll see it occasionally on videos shoot with the Phantom; they didn’t black balance. Black balance wipes the sensor clean and gets it where it needs to be, so you always black balance the Phantom before every take. Every five minutes if you have to. At least, that’s what I do.

You can find out more about Tom, and see videos he's shot with the Phantom and other cameras at: TomGuilmette.com 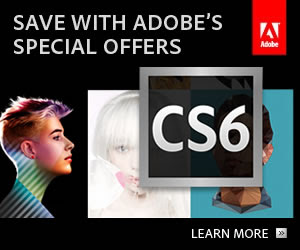