Sony PMW-F3 Two-Day Workshop | AbelCine
AbelCine is offering a two day class on the Sony PMW-F3 on August 24th & 25th in both New York and LA. Cost is $250 per day, and you can attend single days.

Review: Litepanels 1x1 - the LED light | Daniel Freytag | Freytag Film
Daniel finds these LED lights are both easy to set up, light to carry, and ideal for the single shooter:


At first sight you probably wouldn't trust the plastic housing, but it is amazing rugged! So it will survive your everyday production. The more important part, the light quality, is even more amazing! The output of the Litepanels 1x1, compared to it's size and weight is truly epic.

Moire and Aliasing no more?! A solution for the 5DmkII | Philip Bloom
| PhilipBloom.net
Philip is excited about a physical filter from Dave Cubanski of Mosaic Engineering that is inserted into the camera to reduce moire and will work with up to 24mm wide lenses. It doesn't physically alter the camera, and you can remove it when shooting stills.
Cost will be about $400, and it works only with the 5D, though they are also working on a 7D model.
I was puzzled about the note about the change in flange distance:


There is a 1/8th stop of light loss and the flange distance is altered meaning the focus measurements on the lens are no longer accurate, also the minimum focal distance is a tiny bit longer but infinity is reachable which is key. Changing focal lengths on a zoom lens will mean refocusing every time too.

I suspect that what happens is that because the filter is placed on top of the sensor, the lens is now "focused" on the filter surface rather than the sensor, and the filter is slightly closer to the lens, hence the change in the focusing.

More information can be found at Mosaic Engineering's website. 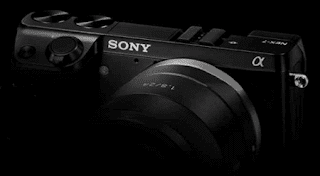 Sony NEX-7, Photo Rumors
Sony NEX-7 full specs and images | Photo Rumors
More information about the NEX-7, which should be announced this week. This camera will reportedly have a 24.3MP sensor, an OLED viewfinder, HDR capability, a built-in flash and a magnesium body. BUT, it will cost around $1,000! I'd probably go for the NEX-5N, which will have a 16MP sensor, the same video capabilities, and will be about $300 cheaper!

EPIC-X UPDATE | RedUser.Net
The RED Epic-X will ship next week:

Hollywood premier of the Sony F65 Camera | Sony
Going to be in LA on September 6th? Interested in Sony's latest large-sensor camera, the F65? Sony is holding a premiere of the camera at the Director's Guild of America Theatre. They'll be showing footage, a discussion of users experience, and the design team will be present. Sony also promises that they will be announcing product pricing and availability.

Streaming Video’s Emerging Bounty | Dave Kehr | The New York Times
A look at the mixed bag of content provided by streaming services, as well as the promises of the future.


But perfection is not always a virtue, and streaming, with its forgivingly low resolution, provides a perfectly acceptable showcase for movies that do not exist in the flawless prints now considered essential for DVD, and particularly Blu-ray, release. There are many movies of interest without reputations or stars big enough to justify the expense of a full-scale digital restoration, but I cling to the conviction that it’s better for films to be seen with dust spots or dubious color than not seen at all.

Ten Must-Read Posts Before Running Your Own Crowdfunding Campaign | Koo | No Film School
A collection of articles about using crowdfunding put together by someone that just started his own crowdfunding campaign for his first motion picture.