I've been thinking of getting a new small camcorder because, though I've been very happy with Sony HDR-XR500, it doesn't shoot in 30p or 24p, and I really wanted something that could shoot in those video formats. Also, something with a few more manual controls was appealing.

The Canon HF G10 first got my attention back when it was announced. I liked it for a number of reasons, not the least of which is that it has a sensor specially designed for HD video, so in theory it should produce an improved image. Also, it has manual controls; even if you have to access them through a touch-screen interface. 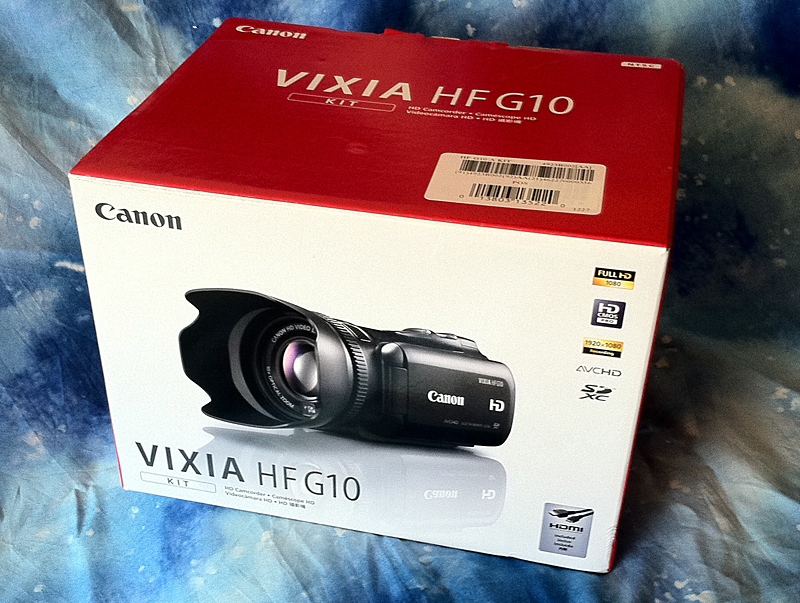 After several weeks of back-and-forth on the pros and cons, I finally broke down and bought one this weekend, partly because it's the Massachusetts tax free weekend and partly because Best Buy had them in stock and I had a 12% off coupon, as well as $105 in gift certificates. It just seemed like an excellent time to buy one!


First Impressions
I'd played with the camera briefly at a show a few months ago, but it was a bit of a surprise to rediscover a) how plasticky it seems and b) how physically wide it seems. The later is really an illusion; compared to the Sony HDR-XR500 the HG F10 is only fractionally wider, but for some reason it just seems very fat! 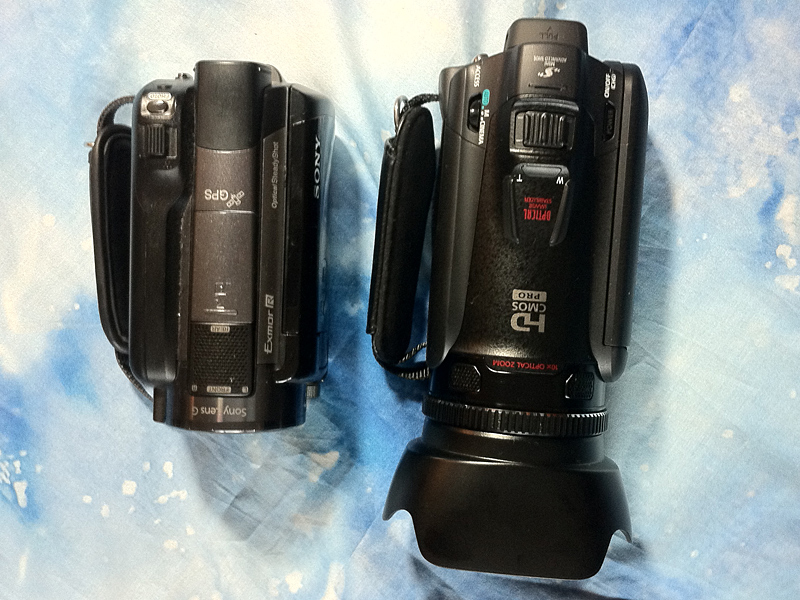 HDR-XR500 (left), HG F10 (right) Without the lens hood, they are of similar size
It's not so obvious in the picture above, but the build quality does seem to be a little below par. The matte black plastic seems cheap and light, and the HDR-XR500 just seems more solid - particularly the LCD swivel - though that might be because it's stiffer.

The focus ring on the front of the HF G10 is very nice, and while playing with it I once again wished that it could be used to adjust the zoom range, as well as for focusing. 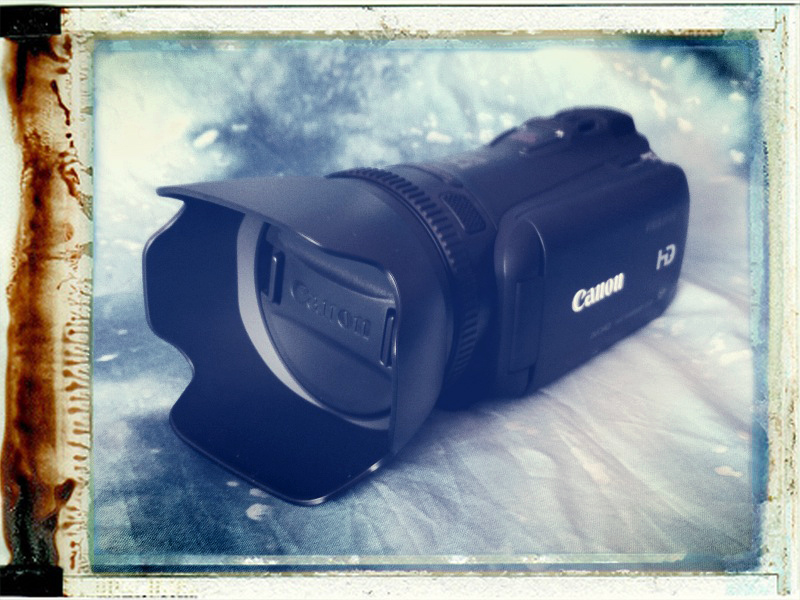 The camera comes with an AC adapter (you have to charge the battery in the camera) AV cables, and even an HDMI cable. I particularly like that it includes a lens hood, though you'll want to be careful you don't break it accidentally; it's thin plastic.

I was a little surprised that no shoulder strap was included; is this a recent item that manufacturers have stopped including, or have I only just noticed? I must admit that I hardly ever attach them to camcorders, but that's beside the point!

I'm still figuring out the menus; you have to drag on the touch screen to scroll some of the menus and I've found this a bit of a hit-and-miss affair so far. Half the time I accidentally select something instead of getting the thing to scroll. They do include a mini-stylis which I might try, though I'm sure I will lose it within a couple of days.

As with nearly every new camera I pick up, some things just don't seem to be in obvious places in the menus. It took me much longer than it should have to find where to change the recording compression and frame rate settings. And I only found the waveform monitor by accident; what? I'm supposed to read the manual?! 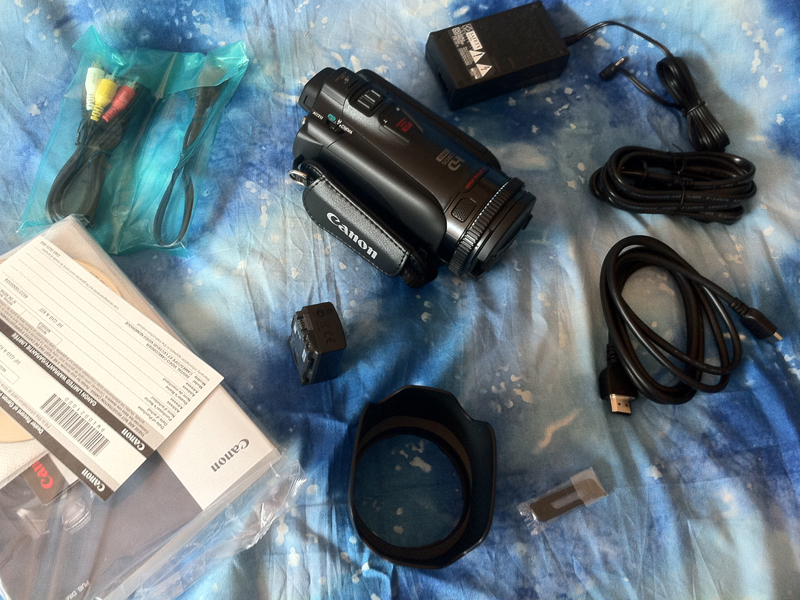 I'm still learning how to use this camera, and will post more in a few days.