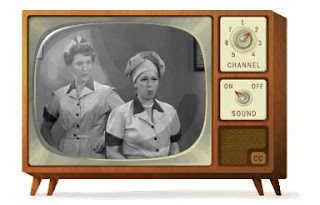 I only just saw this, but Google - and others - have been celebrating Lucille Ball's centennial birthday. Ball had a long career that began in film, but she was best known for her television work. She also was the first woman to run a major television studio, but most importantly, she was my grandmother's favorite comedian.