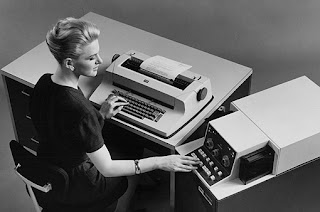 Today is the 50th anniversary of the IBM Selectric typewriter and to celebrate, this week the Post Office announced a stamp. The fact that this announcement happened the same week the Post Office announced plans to close over 3,000 offices might remind us that the Selectric itself stopped production in 1986. One archaic technology celebrating another.

In a post at the Smarter Planet blog, Gordon Bruce retells the history of the Selectric, and how it grew out of a design with a cylindrical type element:


There was a guy by the name of Bud Beattie who was a development engineer and it was his job to get this thing to work. He went home and his wife was complaining about a light bulb that had blown. He screwed the light bulb and like in the cartoon, the light went on. He quickly got a grease pencil, drew circles, and divided it up. This is it!” Changing the typing element from a cylinder to a ball was the solution. 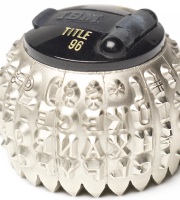 Interestingly, while the Selectric was both the peak, and practically the end of the typewriter, it also played a small part in the early days of computers:


Selectric was the basis for the keyboard input on the revolutionary IBM System/360. A modified version of the Selectric, dubbed the IBM 2741 Terminal, was adapted to plug into the System/360, and enabled a wider range of engineers and researchers to begin talking to and interacting with their computers.

I typed out my first newsletter using a Selectric typewriter, back before the days of PageMaker and desktop publishing.  One of the things that really attracted me to the Selectric as opposed to other typewriters was that the type ball could be switched to change the font. Later models even let you change type pitch, switching between 10 and 12 characters per inch.

The keys of the Selectric also had a very solid feel to them, something I often missed when I first started using the light and plasticy keyboards on computers.

I still miss that typewriter. 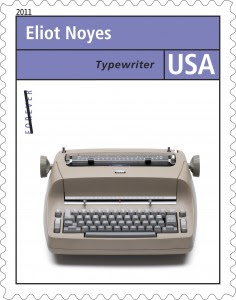