The instability of media

At the MIT forum "Documentary Film and New Technologies" I was taken by this answer from Patricia Zimmermann to a question about the difficulty - particularly with interactive work - of knowing which platform to use. I found the answer fascinating because it is really about the longevity of mediums. I look at the floppy disks I still have lying around, with documents created in old applications; should I be trying to preserve them? or should I be thinking of the medium as more like theater; something that exists for a moment - or a year - in time, and is then gone? 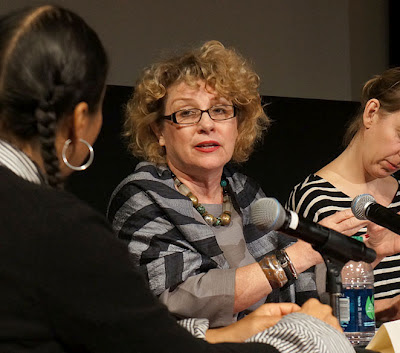 Q: How do you deal with the broad question of the instability of platforms? What does an aspiring young documentarian do facing not only the enormous number of choices, but also the deep, deep question about whether the chosen platform will be around in five years? What do we do about being in a moment where platforms are very instable?

I’d like to take this on. It’s interesting to me when you use the words chaos and instability, because as somebody who’s spent a long time working in critical historiography, post-colonial and post-structuralist theorists are constantly asking for instability and looking at chaos. I mean, if we look at for example [the] Indian historiographer who argues ‘why is it we cannot discuss the ghosts that don’t exist,’ the specters who are in history.

Chaos and instability I think are really important. Because I think that the work we are looking at now, across all these different forms, actually we’re in the realm that art historians call the post-object. I don’t think we’re really looking any more in the same way or thinking the same way about ‘we are going to preserve this film or this particular interface or this algorithm.’ I think that in the realm of the post-object, where the performative and the iterative, and precisely the instability and the chaos are part of the build of the work. It’s almost like the co- or the algorithm of the work, that we are shifting into a different set of concerns.

Maybe all that matters is that we can describe what Sam Green did, but we may never have a documentation of what that’s like [...] many of the projects I am interested in change wherever they are shown, change in particular locations, and it’s exactly this chaos and instability that is the break with the past.

And then I’m going to just provide something very Zen. I think sometimes in Western cultures, we want everything to be saved. But everything is always deteriorating, and as historians we know this. I’ve spent my whole career looking at work that’s not saved in archives, and it’s just never there, so you are endlessly dealing with absence. Instead of - for want of a better word - being hysterical about the absence, we have to embrace the absence and embrace the deterioration, because we don’t really want anything to stay the same if we adopt post-colonial historiography, and this means realizing everything will become a ghostly specter.

Patricia R. Zimmermann is professor in the Department of Cinema, Photography and Media Arts at Ithaca College and codirector of the Finger Lakes Environmental Film Festival. She is the author of Reel Families: A Social History of Amateur Film (Arts and Politics of the Everyday) and States of Emergency: Documentaries, Wars, Democracy and coeditor of Mining the Home Movie: Excavations in Histories and Memories.
Posted by Michael Murie at 7:00 AM