The SLT Mirror: Effects on Image Quality | Ray Lemieux | TheSyberSite
Sony's new A77 features a translucent mirror, which splits some of the light to the viewfinder, while letting the rest travel through to the sensor. Which raises the question; can you get something for nothing?
Ray did a test with his A55 (which also has a translucent mirror) by shooting with and without the mirror, and discovers that:

Small but important Sony A77 Europe/US difference in video recording? | SonyAlphaRumors
It was noted before the announcement, but it's now confirmed, that the European version of the A77 won't shoot in 24p, and the US version won't shoot in 25p.


If you are using the version 4.0.31 CUDA driver from Nvidia on Mac OSX v10.7, you may notice that the Mercury Playback Engine GPU Acceleration setting is unavailable.


I have seen a lot of lousy footage online from the Sony NEX-FS100 Super 35mm "baby of F3" camcorder so far, many people "testing" who don't have a clue how to compose a shot, or a lot of tests where the operator didn't know how to tame the camera's settings.

Kickstarter Responds. It Begins. The Board Of Education Doc | Jared Abrams | WideOpenCamera
Jared is starting his own KickStarter campaign, and notes his first interaction with the site, which has asked for more information...


14 Blog Posts That Helped Us Launch Our Kickstarter Campaign | Biagio | joke and biagio
A list of resources that helped husband-and-wife production team Joke and Biagio run their KickStarter campaign. 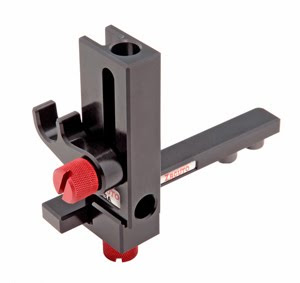 Pincher #Z-PNCH | Zacuto
Now available from Zacuto for $130, the Pincher is a universal HDMI cable restraint for DSLR's. It is the perfect solution for keeping your HDMI cable in place. It includes the pincher device and a mounting bar that will allow you to use it out of the box on the Zacuto Gorilla Plate or DSLR Baseplate.


3 - "I've never had this problem anywhere else I have edited"