The presentation with #FCP at the #Supermeet ends one of two ways. Big Win or Epic Fail. Nothing in between."
- @walterbiscardi

Walter Biscardi - who's definitely on the "not applauding" side of the fence when it comes to Apple's apparent heavy-handed takeover of the SuperMeet - has written his FCP X manifesto:


In the parlance of Las Vegas, Apple has gone “All In” for this one event. There is no Apple booth on the show floor. There is no Sunday Apple Marketing event. There is no ANYTHING from Apple other than a complete takeover of one of the largest paid gatherings of video editors at NAB. In other words, just one shot in front of an audience of the very people who will make or break the product and presentation.

He then goes on to list seven things he thinks this release has to have. Now he does say "forget the interface," at the beginning, which maybe gives you an idea of what he thinks is important, because the first five items aren't the most exciting demo subjects: Media Management, Offline / Online Workflow, Format Integration, Project Settings and TimeCode output.

If that's all Apple has to demo...well it's important work, but would anyone see it as little more than a maintenance release with a power-feature or two thrown in for good measure?

His last two suggestions are much more interesting; on-screen text tool and full integration of apps. Now you're talking something interesting!

But then he goes back to demo hell with his next requirement:


The most efficient workflow to get my job done so I can spend more time on the creative and less time on the technical.

And in case you think "workflow" means user interface, or even integrated apps, I don't think so: he cites Adobe as having the lead here. I'm assuming he's talking about working with multiple formats without having to transcode.

There goes another five minutes of the demo. Just another hour and a half to fill.

Yes, I do hope they've done things to make working with compressed formats easier; but would I consider that "jaw dropping?" Come on, Adobe CS5 is already doing that!

And then - even though he said he wasn't going to talk interface - Walter set's up a straw man, and trots out the big fear of the past year; the iMovie-fication of Final Cut.:


Or have they made something that’s really more prosumer targeted that won’t stand up to following demos by Avid / Premiere and will take 2 hours to convince us it’s the best product?

This makes little sense given that at the beginning of the article he said that Larry Jordan described the demo as "jaw dropping." And Mark Raudonis - who was also there - has described it as "awesome." Are we honestly expected to believe that they would be saying things like that about iMovie Pro?

In his very limited comments on the demo, Mark did say that Apple is looking to the future; or as he said in his metaphor, "where the puck will be."

Which, oddly enough, reminded of something Steve Weiss said in his webchat with Planet5D; he wondered why all the young kids were focused on making movies, when so few movies are actually released. He thinks they should embrace the web.

So are we suffering from a lack of imagination?

If history is prologue, look at what Apple has done before; the willingness to embrace new directions and abandon old ways. And don't be shocked if there's still no support for Blu-ray in FCP X, and they've abandoned tape I/O.

FCP X could be startling in more ways than one. It may not be iMovie Pro, but it may not be Final Cut Pro goosed to compete with the features Adobe Premiere CS5 added either.

Steve Jobs has demonstrated time and again a willingness to embrace the future, and it's dangerous to bet against him.

So is it all-in? Will this demo be a Big Win or an Epic Fail? Will we enter the Steve Jobs Reality Distortion Field and be amazed, or come out scratching our heads? Or will two camps walk away; one saying that this new version does nothing they want, and the other saying they saw the future.

We find out Tuesday. 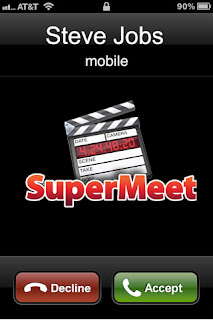