He talked about shooting the piece at last week's BOSFCPUG & Boston DSLR Meetup.


THIS IS FLOUR BAKERY from Rick Macomber on Vimeo.

I shot the video for her publisher, and this was really guerrilla shooting. Hand held for the most part, low budget, done in about three hours, and they wanted it turned around very quickly to get up on their web site.

These days she delegates much of the baking to her staff because she is running three bakeries, in addition to the funky indie diner with her husband, Christopher Myers: Myers + Chang in the South End. It’s the perfect example of someone who is very successful, and is caught up in the business now. When she said to me, “How are you going to film me, and do a Day in the Life? I sit in my little office much of the day now.” I said “You’re not going to do that today!”

I went to her loft located on the edge of Chinatown in the morning. Did the interview in one hour, and then I had about three hours in the bakery. And then the editing took about a day with a couple of fixes at the end. The publisher gave me a short list of questions, and then I ad-libbed from there. I basically locked down the shot on her and sat next to the camera. 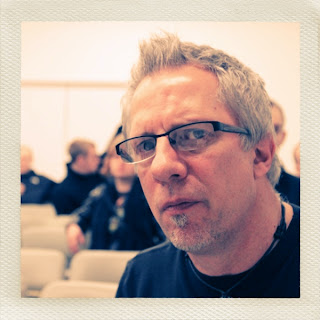 Rick Macomber
Everything was real time, there was no time to set up shots. They were busy, the staff was working, they were baking things, I had to shoot hand held because things were happening so fast. I started out on the tripod, but I quickly pulled it off the tripod and did it all hand-held.

Let me tell you. She was popping food in my mouth the whole three hours I was shooting. "Try this, try this!"

I was shooting with a Canon T2i, and a 17-50mm Tamron f/2.8 that I bought used on Craigslist. I had one little LED daylight light running on batteries on a light stand which I moved around the kitchen as I followed Joanne and her staff as they worked. I used a wireless microphone system with a Beachtek audio adapter for the sound because I’m sick and tired of synching up the audio with the H4n. I did have the H4n as the backup.

For the customer shots, I had to ask each person for permission to shoot them, and I had to crop out others.

Remember when she talked about her favorite brioche and that she can’t look at them, and if she does she’ll eat them all? I told her I’m going to go back pro bono one Saturday morning and I’m going to make her bake those and shoot that and have her popping one in her mouth and I’ll add that to the video for free. Because, she gave me all these photographs and I said, no, this is video. We need video. I told her I’d go back and we’d do that one scene because it’d be much more compelling when she talks about eating her favorite food.