Canon at the Movies 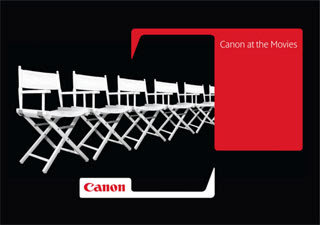 Canon is holding an event at the BAFTA (British Academy of Film and Television Arts) awards in London on February 8th. Everyone is madly speculating; will they announce a new video Rebel, a 60D, new camcorders, or a DSLR that does video, or.....?

Or are they just holding an event to publicise/celebrate the increasing use of DSLR's in movie and TV making?

I have no idea. I am puzzled though; do companies typically announce new hardware at BAFTA? That would be like Sony rolling out their new camera at the Oscars.

The tea leaves point to a new professional camcorder coming sometime this year. Canon has talked about it. There's also been talk that there won't be any camera/DSLR mashup this year. And they will be talking about the upcoming pro-camcorder at this Friday at the SuperMeet in San Francisco. If they were going to be pimpimg any hardware next week, I would have thought it might be that.


UPDATE [4:58]: Canonrumors has a more detailed view of the above graphic with the following details visible:


We are pleased to invite you to a Canon Consumer imagine event at The British Academy of Film & Television Arts.

So it's NOT the BAFTA awards (the "at a Bafta event" description made me assume it was the BAFTA Awards!)

Now I'm starting to think it will be the new Rebel and/or 60D. The "Consumer Imaging" part makes me think it's not a professional level camcorder.
Posted by Michael Murie at 11:40 AM