The review is broken up into two parts. This one focuses on initial impressions and the super slow motion function.
Part two is coming shortly in the next couple of days and focuses on the pros and cons of the camera. It's advantages and limitations, an examination of the image and it's low light performance..


With the introduction of Prelude and SpeedGrade—not to mention the advent of the Creative Cloud—it’s tempting to define Premiere Pro CS6 in terms of a larger video workflow. [...] CS6 extends the performance gains of CS5 to a wider range of users, particularly mobile editors with the proper laptop configuration. But what makes CS6 a worthy upgrade is its focus on enhancing its raison d’être: more fluent video editing.


We have also been working with several providers of plug-ins, codecs, and hardware devices to assist them in updating their software to fix some errors and crashes. Please take this opportunity to download and install updated codecs, plug-ins, and drivers from these providers, as relevant to your work. For more information about plug-ins for After Effects CS6, see this page.


The ray-traced 3D renderer is the first major update to AE’s 3D capabilities since they were first introduced in 2001–2002. AE was way ahead of most of its competition (except flame, of course) in bringing 3D capabilities to a compositing environment. At the time, adding 3D layers to a dedicated compositor was a somewhat controversial move. But now it’s hard to imagine compositing without a 3D environment, and After Effects has been lapped several times by its competition in 3D features. So I’m happy to see true 3D geometry finally spinning in my AE viewport.


When you load up Encore CS6 from the dock you do not have any buttons or templates rendering the program useless, this is shocking from such a so called professional company hard on the heals of Apple’s FCPX.


The best way to check for updates is by closing all Adobe applications other than Adobe Bridge, and choosing Help > Updates in Adobe Bridge; this ensures that all processes related to Adobe video applications have been quit and can be updated safely.


Bill Holshevnikoff has been lighting and shooting award-winning broadcast, corporate and documentary programming for over 20 years. At NAB 2012, he talked about some recent experiences using LEDs and his approach to creating a naturalistic look for lighting sets, products and people. 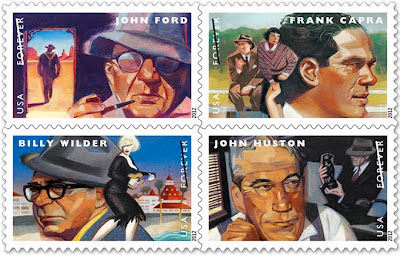 Take A Look At USPS Stamps For Frank Capra, Billy Wilder, John Ford & John Huston | The Playlist
Cool new stamps - for those that still use them:


Legendary filmmakers Frank Capra, Billy Wilder, John Ford and John Huston have all been given their own stamps, issued this week, as part of the Great Film Directors (Forever) series. If none of those names are familiar to you, go hit IMDB, check out the top rated movies for each filmmaker, add 'em to your Netflix queue and then get back to us in a few weeks.

Sony PMW-F3 Picture Profile Test | Doug Jensen | Vimeo
Shooting an interview; what you can accomplish with two Sony PMW-F3's and a dolly:


These shots are excerpts from a two-camera interview that fellow F3 owner Rick Boghosian and I shot using a Picture Profile I created called VORTEX-Q. No grading or other image adjustments were done in post.

Making of Planet Power - a 3D experience starring the BMW S1000 RR | Weisscam
| Vimeo
Behind the scenes of shooting a video about a motorcycle in 3D: