Now that the 5D Mark III is arriving in people's hands, we're learning more about the video capabilities. It appears that while the camera shoots in even less light than the Mark II - and has some nice features like the audio-in plug and a reduction in moiré - the actual picture quality isn't that much better than the Mark II's. Certainly not much of a jump when you consider how long the Mark II has been out: 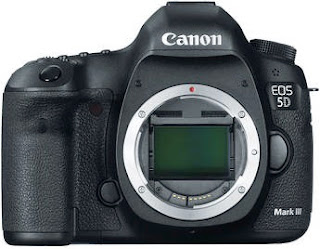 My first 48 hours with the Canon 5DmkIII | Philip Bloom


For me, resolution was the thing I wanted to really see an improvement with. I shoot a lot of deep depth of field high detailed shots. Yes the moire and aliasing is gone it seems, and this is wonderful, but the detail is rather muddy on high detail shots. [...]

No clean HDMI output. Both the Nikon D800 and D4 have this.

Canon 5D Mark III review | Andrew Reid | EOSHD
Andrew is so unhappy with the Mark III that he says he has bought the Sony NEX-FS100. I stand by may advice that a month before NAB is a bad time to buy a camera...


Like its predecessor, the 5D Mark III is an incredibly capable video shooter -- in fact, some of the camera's future owners may not use it to capture stills at all. We certainly don't fit within that elite category, though we did snap some homebrew motion pictures whenever still photos just couldn't do a justice. Video looked fantastic, just as it did on the Mark II.


If you add a monitor, batteries for that monitor, an XLR box or sound recorder you end up with a horror show that starts with the single mount point that means the darn thing spins when you touch it with a follow focus, a mini HDMI lead feeding the monitor that falls out, cost you shots, and cost a fortune if you damage the connection - same goes for the mic in and outs - repair bill waiting to happen

SONY NEX-FS100 Firmware
With what appears to be a miss-step from Canon, Sony sees a chance to rest on their laurels: they were was supposed to release a firmware upgrade for the NEX-FS100 today, but this has now been pushed back to April 19 (the last day of NAB!)