The wonderfully named SNOB Film Festival has a Filmmaker's Challenge: come up with a quick, 30-second film on the courtesy of silencing your cell phones before the feature film starts. There's no prize, but it's a free way to get a (short) film shown at a film festival! 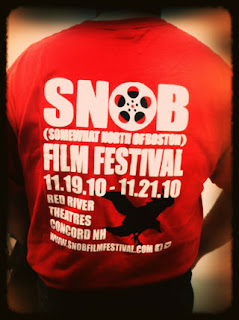