At first glance, the Picsio is just another Flip clone, trying to carve a piece out of the ultracompact camcorder marker. Beneath the surface, the Picsio provides some impressive quality video that is, unfortunately, accompanied by a body design that lacks durability and reliability. 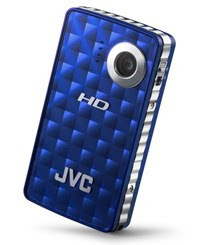 
Canon loyalty Rebate
Canon USA has a $50 off coupon if you buy a Canon EOS camera between October 12 and December 31, provided you own a prior Canon Camera. Buy a regular PowerShot and get $20 off.


Canon 7D Firmware update coming?
On his blog Phillip Bloom has posted that someone at Canon told him a firmware update is coming for the Canon 7D that “it addresses an issues in 720p mode.” Could this be the overheating issue that some users have reported when shooting in 720p for extended periods?
UPDATE Oct 16According to Jared Adams at Cinema5D the firmware update seems a ways away: "After speaking with Nolan from Canon USA I can safely say that there is no firmware update for the Canon EOS 7D as of yet for USA model cameras. According to the canon rep, there may be differences in the firmware versions 1.0.7, 1.0.8, and 1.0.9 based on language updates alone. But this cannot be confirmed, as he is only able to speak for U.S.A. model cameras."

WD TV Live
Western Digital has announced the new WD TV Live, which can play videos stored on USB and network drives, as well as Internet content from Web sites. It’s billed as an update to their WD TV. I'm not really sure what the difference between the two is (I didn't go through the specs, but it looks like the Internet content support might be the key difference.)

A friend has the WD TV, and is very happy with it as a simple way to take files from computer and play back on TV. I bought the Apple TV myself, and - as with some other Apple products - I love a lot of things about it, but also find it limited in a few places. While I can use it to playback video I've authored, I have to convert it to Apple TV's format; I can't just give it any HD file. This is a bit of a frustration, and one of the reasons I don't use it as much as I had thought I would. I'm tempted to get one of these devices instead.
List price is $149, but Best Buy currently lists it at $119.99 on their website (though it’s backordered.)
UPDATE: Amazon is now offering preorders for $119.99 too: Western Digital WD TV Live

Toy Story in 3D
Since I posted a little about Coraline in 3D, I thought I’d add a link to this short article about converting Toy Story and Toy Story 2 to 3D: Buzz and Woody Add a Dimension