Listen Up, First Time Filmmakers! Why Low Budget Directors Shouldn't Be Their Own Producers | IndieWire


A good producer will handle problems on set while allowing you to do what you’re supposed to be there for – directing the film. And not only will they keep people from bugging you while you’re trying to direct, but they will also keep the day moving. It’s literally impossible to keep track of all of the moving elements on a film production yourself, and when you have a great producer on board, they will ensure that the train keeps moving and gets to where it needs to be on time.


2. Use it or lose it.
One of the first film persons I met was Dov Simens of 2 Day Film School fame. Although he is neither a screenwriter or director, he writes every single day. He doesn’t write twelve page articles that are finely polished, or a script a day – all he does is flex his mind muscles – a bit like going to the health club. 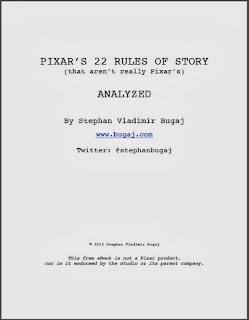 
Rule 1.You admire a character for trying more thanfor their successes.In the main, the statement rings true. It’s goodfoundational advice, especially since many storytellers “gotoo easy on” their characters because they like them. Dramacomes from struggle, and empathy and admiration come fromseeing someone trying in the face of difficult odds.


As far as Sony’s claimed “More organic look” goes it does have some merits. I found the F55 produces really nice imagery when coupled with the R5 raw recorder. The CBK-55F2K does take that image and soften it up even more and it does look quite nice to my eye. It is very easily sharpened up in post can see myself using it for certain situations or shoots, but I didn’t find it to be a piece of equipment that you absolutely had to use if you wanted to shoot 2K raw at HFR or 4K raw.


Well, first things first, the Luxi doesn’t come with a light metering app. Extrasensory Devices, the company behind the Luxi, claims they will have their own app out soon. But until then, you will have to head down to the app store and pick one of the existing ones. Thankfully, there are a number of free/cheap apps to choose from. I used the thrillingly named (but free) “Pocket Light Meter” app from Nuwaste studios.


3. Bring Your Neutral Density Filters:The great light sensitivity of a DSLR's sensor is perfect when conditions are dim, but even at the lowest ISO, bright sunlight may force you into using the smallest aperture, killing your dream of film-like shallow depth of field. Control it with an arsenal of overall ND filters.


The Internet has changed (and keeps changing) how we live today — how we find love, make money, communicate with and mislead one another. Writers in a variety of genres tell us what these new technologies mean for storytelling.


For me, the more exciting news is at opposite ends of the post-production process: Prelude for ingest and Media Encoder for compression. I find Prelude be a very exciting concept. By separating transcoding and import from the editing system, this opens up the opportunity for teams of people to easily work on the same project.


The VES can’t help.  You have to do it yourselves.  They have been unable to find a clear and concise message that stokes action.  But they need to be clear about their inability to act, to keep from becoming part of the problem.  That is the best service they could do at this point.


If money means nothing to you, then buy the system with all the bells and whistles. Then, sit back and smirk while the rest of us hate you. For most of us, buying hardware is a trade-off between what we want and what we can afford. In other words, if finding the balance between the best performance at the best price is important to you, this article is for you.

Sony PMW-F55 Slow-Motion Test Footage from Doug Jensen on Vimeo.
After the firmware update a couple of weeks ago that gave the F55 the ability to shoot 240fps, I decided to experiment and see what it looked like.