So the big companies will need to catch up with the Pocket Rocket or lose us. Even Panasonic who are not so shy of implementing useful features for filmmakers on the GH2, GH3, need to up their game when it comes to image quality because the Pocket Cinema Camera with ProRes (let alone raw video) is simply far superior to 8bit compressed footage from a stills sensor that has to throw a lot away in the downscaling process.

Back focus, focus, and the Blackmagic Cinema Camera with EF mount | MKE Productions


When Blackmagic designed the BMCC, they designed it to match with Canon’s cinema lenses.  These lenses are pricey, and made to much more exact measurements than Canon’s photo lenses, even their L series.  Most of the high-end lenses with EF mounts have very precise focus marks on the barrel.  They stop at exactly infinity.  Then, they released it to the public, and realized that certain lenses are really meant to mount much closer to the camera sensor.  Oops!


Elle Schneider, Creative Director at Digital Bolex, spoke about the project at this weekend’s Hacking Arts conference held at MIT’s Media Lab. The Digital Bolex project, the creation of a digital camera that is operated and styled like a 16mm camera, was funded through a Kickstarter Project.


GoPro will announcing the new GoPro Hero 3 Plus Silver and Black edition any day now. The new line of Hero 3+ cameras have some killer specs like 4K 30fps, 2K 120fps and an improved underwater housing.


After four days with the camera I left the Tibetan plateau relieved that the auto focus had lived up to its promise, and for this assignment compensated for my poor health. It worked seamlessly with everything I threw at it, though for the most part the 70D was my second camera with which I tended to shoot wide lens and deep apertures. I never had the chance to test the extremes of the auto focus capability wide open but it dealt well with my normal use. The 70D is staying in my bag for now.

A panel of talented filmmakers will deconstruct what "Independent Filmmaking" means today. In addition to being producers, directors and writers, they are also fundraisers, marketers, bloggers, distributors, educators, CEOs and CFOs of their own companies, technologists, designers, and more – all while keeping the fundamental STORY in their films front and center, and figuring out how to distribute their content onto all available platforms. 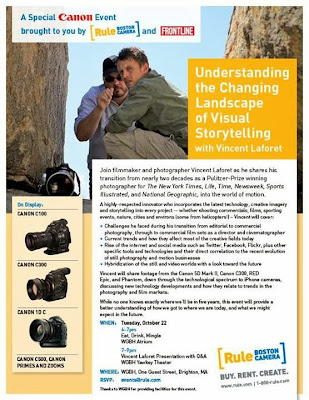