The following press release was sent out by Blackmagic. I've seen some footage and write-ups about Rush and it sounds like it could be a pretty good movie... 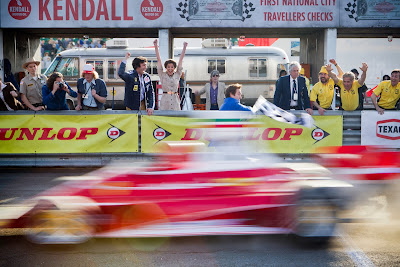 “Rush” portrays the exhilarating true story of two of the greatest rivals the sport has ever witnessed, drivers James Hunt and Niki Lauda. Set against the sexy and glamorous golden age of F1 racing, "Rush" follows the two drivers as they push themselves to the breaking point of physical and psychological endurance, where there is no shortcut to victory and no margin for error.

After a catastrophic crash during the 1976 German GP at the Nürburgring, which could have killed Lauda, he returns to face rival Hunt in their pursuit of the World Championship. Anthony Dod Mantle was the film’s cinematographer, and he presented Company 3’s senior colorist Adam Glasman with an intriguing challenge.

“While 'Rush' was shot using a variety of different digital formats, Howard and Mantle also wanted to incorporate original race footage from 1976 shot on 16mm and 35mm film. Ron and Anthony felt this would help to recreate the thrilling race sequences and give 'Rush' some real F1 production value,” says Patrick Malone of Company 3 London.

The overall goal during the grade was to create a look that would bind both digital and archived film material together, giving "Rush" a seamless look throughout. “Our brief was to give the film a 70’s period feel with a modern slant. Inspiration for the color palette came from a lot of the readily available archived 8mm, 16mm and 35mm footage of the 1976 World Championship.


“While the traditional look associated with the period is one of desaturated, almost sepia colors, Anthony wanted to push color into the cars so they looked more bold and striking. In addition, he wanted each of the grand prix races given their own unique feel to reflect the drama and dynamics of the ’76 championship.

"Take for example the opening scene at the Nürburgring, which is a pivotal moment. This had a very stormy, almost menacing feel to it as the film builds up to Lauda’s crash. This is a very bold sequence, which Adam achieved by adding in more saturation while being careful not to crush the information out of the image,” says Malone. 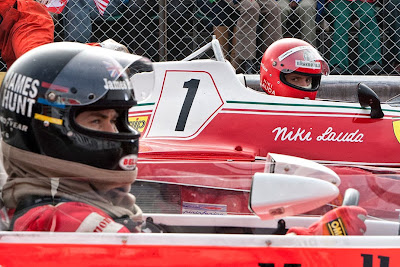