Anyone who's in sales will tell you that it's important to have memorable names for your product. Companies can get involved in complicated deals just to procure the rights to the ideal name.

I note this because I had a couple of experiences of name confusion the last couple of days.

Sometimes Sony comes up with easy to remember names for their products. Sometimes not. The NEX-FS100 is a bit of a mouthful, yet shortened down to the FS100 it's easy to say and somewhat memorable. But try to remember the name of their Action Camera? It's the HDR-AS15. And even if you can remember it, there's little point in telling someone the name, because they won't remember it.

I was giving a short talk on the camera and I completely spaced on the name. Not that I've actually had cause to use the name other than when I ordered it.

And then there's the NEX-EA50UH. Now there's a name that rolls off the tongue. 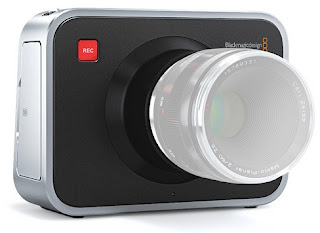 And then there's Blackmagic. They only have three cameras, but they managed to name two of them almost the same thing:


And it' not like the cameras are that similar.

Throw in the fact that the word Design sometimes gets added (Blackmagic Design Cinema Camera), and you have a long string of words that the eye - and the mouth - can be tempted to jump over and just assume what's there. This resulted in some confusion today when I was reading Red Shark News "The Original Blackmagic Cinema camera - RedShark's long-awaited full review!"

Reading the piece - okay, 'Read' is a strong word, I was skimming through it for the highlights - I started getting a bit confused, because a) I hadn't read the headline closely, and b) I didn't read the rest of the first line, which read: "but until now we haven't reviewed the original Blackmagic Cinema Camera."

In my defense, often my eyes are going faster than my brain is absorbing...

And I will add that this piece is an interesting take on the Original Blackmagic Cinema Camera; if you haven't already read up about them.


All I can say is, I'm glad they didn't name the forthcoming camera the Blackmagic UltraHD Cinema Camera.
Posted by Michael Murie at 6:30 AM