A couple of other Sony announcements

Sony is supposed to be announcing several things today, including the sensor/lens combination for smartphones, or QX lens cameras.

I think the most interesting thing is the 4K camcorder, (not that I'm planning to buy one...)

They've also announced a new version of the Action Camcorder, the HDR-AS30V, which adds 1080p 60fps video capture to the range. It's expected to be available by the middle of the month for $298. 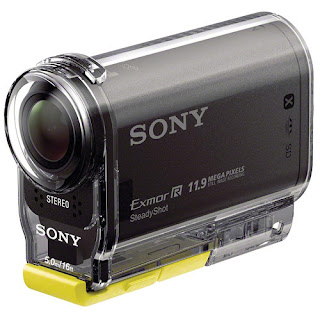 They've also announced the HDR-MV1 Music Camcorder (no price and no delivery date.) It's an interesting looking duck, but I think I'd rather get the mic away from the camera, no matter how good the mic might be. 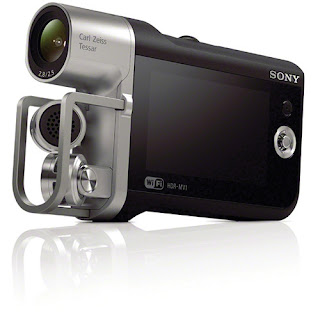 Capture Wide-Angle Stereo Sound with 120° X/Y Microphone
The HDR-MV1's 120° stereo microphone array captures full stereo sound. Plus, unlike smartphones and conventional camcorders, its wide-angle recording field allows you to easily capture every note and lyric from the entire band - even at close distances.

Capture Full HD 1080/30p Video with Low Grain in Low Light
Record Full HD 1920 x 1080p video at 30 fps with low grain - even in low lighting situations. You can record using the web-friendly MP4 format, which is ideal for sharing your Full HD movies on the Internet using your smartphone, PC or Mac computer.

Multi Terminal USB Port for Charging & Data Transfer
The unit's integrated Multi Terminal USB port provides convenient charging and data transfer connectivity. The HDR-MV1's USB port will even charge the battery and access content on a computer simultaneously. Plus, with the supplied battery and optional AC-UD10 power adapter, users can operate and record video while the device is charging.

Capture Stereo Sound via an External Microphone
You can use your favorite microphone when recording by simply attaching it using the camera's microphone input jack.

Manually Control & Monitor Input Levels via a 2.7" LCD Screen
The HDR-MV1's 2.7" widescreen LCD monitor allows users to quickly frame their shots and make adjustments. You can use the LCD screen to manually or automatically adjust audio level control in 31 steps. There's also an on-screen meter that allows users to monitor the audio input levels and adjust to diverse environments.

Built-In Wi-Fi & One Touch NFC
The HDR-MV1 employs built-in Wi-Fi and One Touch NFC (Near Field Communication) to link the camera to a compatible smartphone or tablet. This allows you to instantly upload recorded videos to the Internet. The Wi-Fi/NFC function also turns your mobile device into a remote control and a remote monitor for the HDR-MV1, which is especially useful for framing the scene to achieve your desired shot