Things I'd Like To Know About The Sony NEX-EA50

I'm very interested in the just announced Sony NEX-EA50; partly because of the form factor (an ENG layout is more useful for the kinds of things I shoot) and partly because of the price. That said, I do have some questions about it that I hope will get answered soon. Some are important, and some are just out of curiosity: 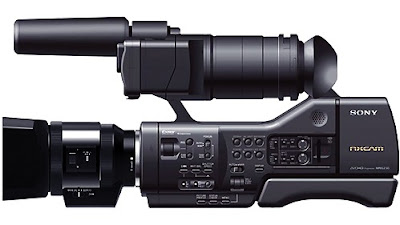 What sensor/processor is in there?
Is it the same as the NEX-5N, or is it upgraded? It's obviously not the same sensor as the NEX-FS100, which is a 3.43MP sensor, vs the NEX-EA50's 16.1 MP. It seems likely that the low-light performance won't be quite as good and there will be more moire effects.

Does it have picture styles or the ability to adjust sharpness, contrast and saturation? What's the Rolling Shutter like?
One of the problems of the NEX-VG20 is that it's very limited in image controls, so it's more like their DSLR (and NEX- still cameras) than it is like the NEX-FS100 video cameras. Did they improve things on the NEX-EA50? 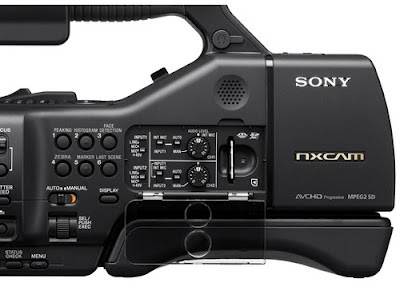 Why didn't they put Neutral Density filters in it?
Would it really have added that much to the cost?

How good are the mechanics on the zoom lens?
Can you zoom fast and slow? Is it smooth? The manual lens Sony makes for the NEX-FS100 and VG20 can be very sticky. I assume they've fixed that!

Why aren't they selling it separate from the lens?
They finally did that for the NEX-VG20 after first selling the NEX-VG10 with a lens...

What's it feel like to hand hold, and have on your shoulder?

I hope the tripod connection is more sturdy than on the NEX-VG10/20.


Most of these questions should be answered as soon as it's in the hands of some reviewers!

Great questions, Michael, and it's refreshing for unanswered questions to be posted this way, compared to bloggers so anxious to conclude things without facts.

It'll be interesting to see how the answers evolve. One hopeful thing is that Alister Chapman evidently heard from Sony that the sensor will have a different low-pass filtering design that favors video, unlike the still cameras.

Since this is the beginning of Sony's new "NEX-EA" line of pro cams, I'll bet they plan to have ND filters in the NEX-EAx0 "bigger brother" model. Probably HD-SDI out, TC also.

Does anybody know roughly when we can expect the pre-production model to be placed in some capable reviewing hands?