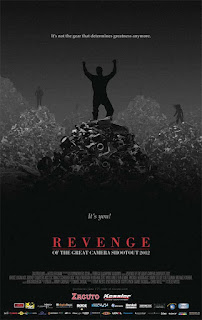 For the last couple of years, Zacuto has been hosting a camera shoot-out where they get a bunch of cameras, shoot some test video, show the results to different people, and then release a web series on the making of, and the reactions to the footage.

For the latest go-round, the Boston Creative Pro Users Group is hosting a showing in Boston. Here's the details: