If you held out updating After Effects from CS5 or earlier, I urge you to consider this upgrade—or get left in the dust. That sounds like a strong statement, but I believe it's justified. After Effects CS6 is the most important upgrade the program has received since the first major update in version 7. It's not just a bunch of additional features and add-ons, but rather a truly rebuilt, reworked, and enhanced powerful compositing and motion graphics creation tool.


Some time ago I’ve posted a short introduction video on YouTube about the new 3D Camera Tracker available in After Effects CS6. I’ve got a lot of comments and questions since then, so I decided to make a more in-depth video on the various aspects of match-moving. If you tried solving a 3D camera on your own either using After Effects CS6 or any other software and failed – this tutorial is for you.


Final Cut Pro 10 has very good points not to mention the vast amount of plug-ins being produced almost weekly for FCP-10, Apple are supporting it and updating it with new features like Canon MXF and 1080 50p support… but it does not act the way you think it should act and thats a serious stumbling block and a lot of the FCP-7 style of editing is hidden. I have lost material using FCP-10 even lost edited projects and that disturbs me.

Turning Down Work Will Make You More Successful | Danny Greer | Premiumbeat
Should you work for free or at a cut price? Some thoughts on why you shouldn't:

The Free Ride Is Over For Streaming Video | Ryan Lawler | Tech Crunch
Comcast puts a cap on streaming for their cable users:


According to Nielsen, the average TV viewer consumes about five hours of video a day, or about 150 hours of video per month. For those keeping track at home, that means that you’d have to watch even more video online than your typical TV watcher if you ever plan to max out Comcast’s 300 GB allotment.


On the other hand, I recently attended a my first DCP projection of an archival film, and it was a slightly disappointing experience. The movie was Alfred Hitchcock's "Marnie" and while the picture was crisp and clear, and the sound was particularly good, the image felt lacking in some intangible way. We didn't have a print of "Marnie" on hand to do a side-by-side comparison, but to my slightly-better-than-layman's eyes the DCP just didn't have the same sense of depth as film. Tippi Hedren and Sean Connery looked great, but they also looked weirdly flat.


3. Stay in regular contact
Aside from tweeting, blog a couple of times a week and send out a newsletter every one or two months when you’re still production, and once every two weeks when your film is actually screening. When teasing your film during production, put up pictures but not footage: “The fantasy of what your film’s going to be about is often better than the reality,” quips Hustwit.

Lightworks | Web site
The official 1.0 release of the open source version of Lightworks for Windows is now available. It's free (or $60 for the Pro version which adds support for additional file formats.)
For those new to Lightworks, there's a collection of tutorials on Youtube here: Lightworks Tutorials


The legal battle has been a slow uphill battle for them but it looks like things are making some headway. That said, I was contacted by one of the lawyers representing the companies battling Litepanels. This lawyer informed me of some crucial evidence they need to help nullify Litepanels patent claims. 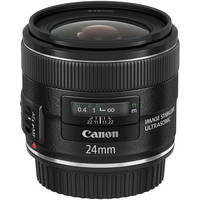