Tempted By New Gear?
Sam Morgan Moore reminds us that it's not always about the gear, and that DSLRs are fine for most things;


If I shot lots of buildings I could argue that my cameras were not up to it – but I’m not so I cant.
I therefore don’t need a new camera

On the other hand, Sam Morgan Moore reminds us that there are lots of limitations to DSLRs:


I tried out the auto focus on this lens, however the result was useless with the lens perpetually hunting for the focus point. I guess this is a known issue with the prototype which will be fixed before launch...  Let's hope so, as it's sometimes useful to use the AF function. The other was that the back-focus (flange-back) was clearly not correctly set as the lens was able to focus beyond infinity. I did not notice an adjustment for this on either the lens or the camera so again let's hope this is fixed on the production model.

And if the Sony PMW-F3 is more to your liking, check out this pretty video of the camera: Vimeo: Sony PMW F3

Chris from ProMotion does a video preview of the PMW-F3 in this video. YouTube: Sony PMW F3 Review

SmallHD DP6 Monitor Review
Craig Anderi reviews the SmallHD DP6, a 5.6" field monitor with HDMI input that sells for $899. He tried it out after growing displeased with how a Marshall monitor worked with his 5D Mark II:

The SmallHD doesn't have that problem, he finds the picture is exceptionally clear and there is a custom setting for the 5D to get the full screen real estate during record. He goes on to say:


This a very future proof monitor and it is exceptionally well made. Compared to the Marshal, it was like going from driving an old Hyundai Excel to a new BMW. It just feels good in your hands and it is built to work as you need it to. Its an amazing piece of kit that I will definitely add to my package (in multiples).

Planet5D: A review of the SmallHD DP6

SmallHD also announced the combination monitor/EVF DP4 at NAB, and Wes from SmallHD compares it with the DP6 in this video: Vimeo: DP4 vs DP6

Marshall at NAB
If you're interested in Marshall monitors, check out this video from NAB of Clint Milby interviewing Bernie Keach from Marshall about their new 5.6, 7 and 9 inch models that feature a new focus assist that lets you choose the focus assist color and also include HDMI loop through.
HDSLRShooter: NAB 2011: New HDMI Loop Through Monitors From Marshall 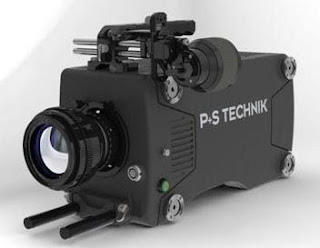