More on the Sony 3D Bloggie 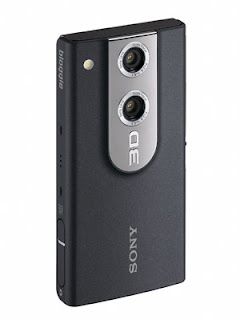 Yesterday I came across a Sony video from CES which seemed to suggest that the output from the 3D Bloggie was only viewable with Red-Blue Anaglyph glasses, even on 3D TVs. Sony has since informed me that this is not correct. According to Sony:

The 3D Bloggie records the 3D video in a side-by-side format in an MP4 file (i.e. a full regular frame is divided in half and the left image is stored on one half, and the right image is stored on the other half.) Note that this essentially halves the resolution being recorded, but is also one of the easiest methods to implement 3D encoding using existing file formats.

When connected to a 3D TV, you can watch the video using active shutter glasses.

When uploaded to YouTube or played on a 2D PC, you use anaglyph glasses.

The built-in screen uses a "parallax barrier" to enable viewing the 3D image without glasses.