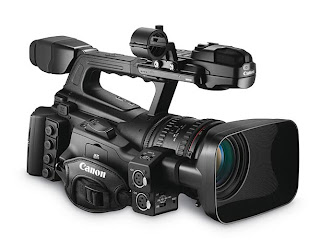 Canon has announced that its XF305 [B&H: $7,499] and XF300 [B&H $6,499] camcorders have been added to the BBC list of approved HD cameras, allowing them to be used to produce programs for broadcast on the corporation’s HD channels.

Both camcorders were approved in June 2010 for use by independent productions, but have now also been accepted for internal BBC production use.

The broadcaster has bought some XF305 camcorders, the first of which were delivered in December 2010.

Canon UK: Broadcaster adds Canon’s XF305 and XF300 to list of camcorders approved for both internal and external HD production