A few details of an upcoming competition from Canon and Vimeo were revealed last week, but now the whole story - if you will - has been announced.

The Story Beyond the Still is a series of six competitions creating a user-generated movie "The Cabbie": for the first round, take the last moment (or still) of the first segment - the Prologue - created by Vincent Laforet, and make the next Chapter in the film. The entrants in that round will be judged, the first Chapter chosen, and then the second challenge starts based on the last frame of that one, and so on. At the end, the six Chapter winners get to join Vincent Laforet on location to collaboratively shoot the final chapter of “The Cabbie.” [wow - six people directing a movie; that sounds like a great idea, doesn't it?!]

Seriously though, this looks like a fun competition, and I'm betting there will be a lot of people taking a stab at it. 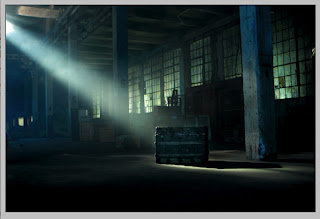 The last frame of the Prologue


You must be a member of Vimeo to enter. The Submission must be:
You can read a full description of the rules here.

The prize list for each segment is pretty impressive too: Either a Canon 7D or 5D. One of a variety of Canon lenses, 1 year membership in Viemo Plus.

The submission period for the first Chapter is January 15 to February 11.
Posted by Michael Murie at 10:52 AM