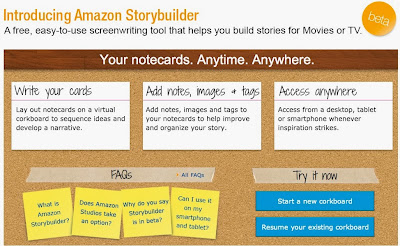 
The first 4K images are rolling off the 4K production camera, shot by Grant Petty himself no less. I’m hugely impressed with the image. It breaks new ground for resolution for an accessibly priced movie camera.


Netting a lens is a great and simple way to add style to a scene using cloth material mounted on the rear element of a lens. While netting lenses won't happen on every job, it's a technique camera assistants are expected to be familiar with – and can learn how to do in this video


Shooting an action film is a daunting task under the best of circumstances, let alone when you have a small lighting crew of three, and a tight schedule. In this post, I'm going to share with you how we pulled off a two day shoot in one day, and give you the three lighting secrets you need to know to make your next action film look amazing.


It is often said that film editors most fluidly make the transition into being successful film directors. Maybe it’s because the editor gets to live for so long with all the footage…and this gives us an omniscient view into the entire production.

Sony Alpha A7 and A7R review | The Verge
A gushing review, though it really only looks at the still capabilities:


Every once in a while, a product comes along that changes the dynamic of an entire industry. The iPhone did it in 2007, the Mustang did it in 1964, and Converse did it with the All Star sneaker way back in 1917. Now, Sony is poised to upend the camera industry with the new Alpha A7 and A7R mirrorless cameras.


Kick off 2014 with the BAVUG! Join us as we welcome Sid Levin to demo the in's and out's of the new BlackMagic Design Cinema and Pocket Cinema Cameras, as well as give us a taste of how to roundtrip a project from Avid Media Composer to BlackMagic's DaVinci Resolve.


My friends from Screenagers, an über-creative Vienna-based digital agency (with the nicest people, I might add), hired me to shoot a very special “Jingle Bells” video with them after they heard that I had a MōVI M10.


Adobe Media Encoder CC (7.2) is focused on improving performance and stability to ensure that your projects are done efficiently and with the highest quality.


The Carbon Fiber Travel Jib is tailored for video shooters who need a lightweight, compact solution for jib shots. So whether you want to take it on a plane for a shoot overseas, or you need to carry it on a backpack for a shoot in the mountains, this jib can make the journey without weighing you down. 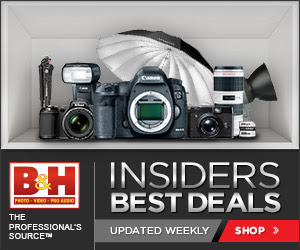