The weather has cooled down a bit here in Boston after several days of 90+ temps, so that's good news.

Unfortunately, the big studios didn't get a lot of good news this weekend, with R.I.P.D. and Turbo performing worse than expected (that's not exactly true, the word on R.I.P.D. has been bad for the last couple of weeks at least, so it probably lived up to low expectations.) According to the New York Times, Hollywood has now sustained six big-budget duds since May 1. Ouch.

Meanwhile, over at Slate, Peter Suderman has written about the book 'Save The Cat!" and blames it's adoption as a bible of screenwriting for many of the problems in modern movies. I was intrigued, as I was interviewing a scriptwriter a couple of weeks and he referenced this book (which I hadn't really come across before.)


...this book broke down the three-act structure into a detailed “beat sheet”: 15 key story “beats”—pivotal events that have to happen—and then gave each of those beats a name and a screenplay page number. 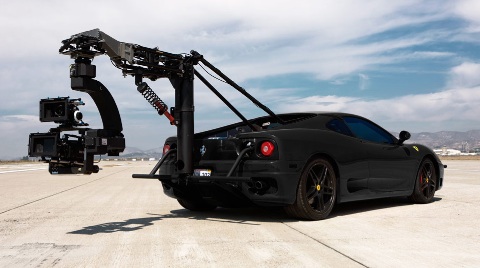 Paul Forte tweeted this picture of the "most bad-ass camera car I've ever seen." I have to agree. Unfortunately, there's no info of where this was taken.

Worried about the legal implications of trying to raise funds for your movie? The SEC has "finally published first rules that allow filmmakers and film startups to advertise their investment proposals to the public." Colin Brown talks about it on slated.com. And if you are starting out, here's "5 Mistakes Young Directors Make" and 12 Essential Elements Of Excellent Movie Trailers Shot On A Microbudget, including:


Lack of money equates to more preparation on your part for everything you do. Don’t count on good luck; rather prepare for Murphy’s Law.

Moviefone interviews the director of the new documentary "20 Feet from Stardom."

Lenses, lenses, lenses, if you're looking for some insight into how lenses are made, this article is interesting: Everything You Need to Know About Lens Quality:


The majority of lens elements have a curved surface and are known as spherical, as they would fit within the surface of a sphere. Historically, these were relatively cheap and easy to manufacture using grinding, but the design allows for the distortion of light wavelengths and therefore results in imperfections within the image.


NewsShooter covers another GoPro cage, and they think that this one from Genustech might be the best one yet.

Shane Hurlbut has put together a piece on his Go To Lighting Package.


Here's a piece shot on the Blackmagic Pocket Cinema Camera. They liked the stealth factor of the camera, though interestingly, they mainly shot using Canon L lenses and the Redrock LiveLens adapter:

Auckland In My Pocket - Blackmagic Pocket Cinema Camera from A Couple Of Night Owls on Vimeo.