So once I had a neutral starting point on the F3 I then turned to the FS700 which I think is very blue. The matrix settings on the FS700 are quite limited so I wasn’t able to get an exact match to the F3, however the setting I came up with get them close enough for most jobs, it’s not perfect but it will do.


Study after study after study shows that more people are using the internet to consume video. In April 2012, ComScore reported that the average viewer watched nearly 22 hours of video in a single month. Most likely, those 22 hours were broken into many short-form videos, each being watched for just a few minutes at a time.

Encoding for YouTube: How to Get the Best Results | Jan Ozer | Streaming Media


Telestream Episode product manager Kevin Louden started by noting that YouTube re-encodes all video uploaded to the site, which has several implications. First, don't try to match YouTube's output so it won't re-encode your video; it always re-encodes. Second, your job is to provide the highest possible quality file to YouTube, since, as we all know, video is a garbage-in/garbage out medium. The higher the input quality, the higher the output quality.

What Is the Impact of Compression? | Lynda.com
This first part of the course appears to be viewable for free, with Authors Rich Harrington and Robbie Carman.

Keep Yourself Copyright Legal | Larry Jordan | Blog
This is interesting. If you've every used a piece of music from Apple's Soundtrack Pro, then been surprised when it comes up with copyright claimed by another party when uploaded to YouTube, this explains why:


In royalty-free music, the composer sometimes licenses the music to a variety of different companies. In this instance, YouTube’s Content ID recognizes that the music is copyrighted, but has no ability to recognize where the track came from. In other words, you can be the legal purchaser of royalty-free music, with a license to use it in your production, and YouTube will flag this as a copyright violation. 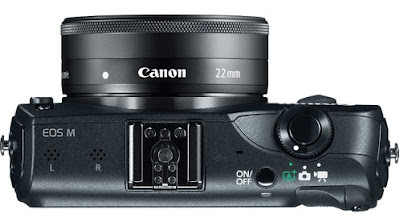 Canon’s First Mirrorless Camera, the EOS M | Bjorn Petersen | B & H Photo Video
The Canon mirrorless camera has been announced, and you can see the details for the camera in this article, or at B & H's product page: EOS-M Digital Camera with EF-M 22mm f/2 STM Lens - Black [$799.99]


The most significant technology the EOS M supports in relation to video recording is the Movie Servo AF system, providing continuous focusing and full-time subject tracking while recording. This focusing mode is further benefited by the use of an STM lens with an integrated stepping motor. Aside from quick and precise focusing, the stepping motor is also incredibly quiet while acquiring focus, which is something especially necessary for recording the highest quality video.

If you want to use your regular EOS lenses, you'll have to buy this adapter: Canon EF-M Lens Adapter Kit for Canon EF / EF-S Lenses [$199.99]


It is fully compatible with all lens functions, including image stabilization and autofocus. A detachable tripod adapter provides support for longer Canon lenses

The specifications on the new Canon EOS-M mirrorless camera are out. The new mirrorless system will indeed have a proper APS-C sized sensor and a few other bells and whistles noted in the press release from BH Photo. I think this will be a great addition to the current Canon line up.


I’m pre-ordering this one. I always like to have a nice, little camera, and I figure I’ve got until October to change my mind.

More Coverage of the Canon EOS M | CanonRumors
CanonRumors collects together a couple of articles from CNet, and Digital Camera Info:


Its similarity to the Canon T4i is going to make for some tough buying decisions for many people in the sub-$1000 camera market; for just $799.99 this October, you can likely get all of the T4i’s performance in a smaller package.

D.P. BRANDON VINCENT: SHOOTING WITH THE NEX-FS100 | Michael Murie
| Filmmaker Magazine
I first met Brandon almost a year ago at the Great Lens Shoot Out, and he'd just got his Sony NEX-FS100, so I was interested to catch up with him and see what he thought of the camera after a year:


While shooting with the Sachtler Ace you'll also notice those small helpful details such as the extra long base plate. The Sachtler Ace fluid head is simply the best in its price range! Of course the Cine or Video series from Sachtler are a step better but actually one FSB-6 fluid head cost more than twice as much as the whole Ace system!