"Just learned that our "Chantix" parody on last #SNL was the official broadcast debut of the #Canon #C300. Cheers! http://bit.ly/yTqyXI"


Charters further explains that he wants Canon to offer the C300 without the XLR/monitor add-on that mounts to the top of the camera to get below the elusive $10,000 price point. He goes on to say that because the C300 stamps each frame with timecode, it’s not really a problem syncing up audio from a secondary audio capturing device. It would definitely make sense for some people and other manufacturers could possibly create an XLR add-on that comes without the screen.

Colorimetric and Resolution requirements of cameras | ADDENDUM 70 : tests and settings on a Canon EOS C300 [PDF] | Alan Roberts | Canon
A thorough test of the Canon C300:


This camera performs well. Resolution is very well maintained and is refreshingly alias-free, far more so than other CMOS single-sensor cameras. Detail controls work well, and the factory settings are generally good. Noise levels are similar to those of 2⁄3” cameras with 3 sensors, as is sensitivity. Dynamic range is unusually high, at least 12 stops. Operating the camera at significantly higher gain produces more noise, but not dramatically so. The specified noise level of -54dB is achievable only at -6dB gain and with noise reduction switched on. Noise distribution is non-uniform, which gives the pictures a more film-like appearance.

It’s More Than Just Words On The Screen – It’s A Message | Fix It In Post Prod
Thoughts about video titles:


2) Does your screen have a proper balance to it?
Belive it or not, where you put the words on the screen in relation to what’s behind the font can affect what people see. It’s called screen balance…creating a weighted symmetry to your screen, so that not one thing overpowers or is overshadowed by something else? Consider this…you have a picture of a person on the right side of your screen, and you have some font you need on the screen. If you put it across the bottom of the screen, the left side is empty, making your picture right-heavy. It`s the same reason why, when you shoot a sitdown interview with two people, you make sure the framing is the same on both shots. That way, going back and forth from one camera to the other is not jarring.

Real World Editing: From Avid to FCP and Back Again | Mark Raudonis
| Creative COW
An look at Bunim/Murray Productions trip from Avid Media Composer to Apple Final Cut Pro and back again.


In fairness to Apple, I also wanted to give them a chance to address all of the criticism that came up. Since then, I've seen enough of their development to know that the direction they're headed in still isn't the right choice for us. As a result, after years of building our editing workflow around Final Cut Pro, we have decided to return to Avid Media Composer and Avid ISIS as the heart of our post process.

This was not a decision that we took lightly. Change is inevitable. But, different is not necessarily better. Our editorial process requires some specific features that seem to be disappearing from Final Cut.

Understanding the Nikon D4 battery's lower capacity rating | Rob Galbraith | Blog
This post explains Nikon's adoption of a lower capacity battery for the D4 based on an interview with Toshiaki Akagi, an engineer and senior manager at Nikon in Japan:


Put simply, if you're using the D4 to take a steady stream of photos, Nikon's contention is the EN-EL18 will give you more frames per charge than would have been possible with the EN-EL4a. Conversely, if the camera is kept awake but is spending far more time idle than it is taking pictures, the EN-EL4a would last longer on a single charge than the EN-EL18.

Anatomy of a 60 Minutes hidden-camera interview | 60 Minutes Overtime Staff
| CBS News
Might be useful for documentary filmmakers...or not:


So, producers Michael Rey and Oriana Zill spent two days in the hotel suite with a team of undercover camera specialists, carefully rigging the room with small cameras and developing a plan. (If you've watched any mobster movies, you won't be surprised by the lamp cam in this video.)

Ecklund came to the suite expecting to meet with a family seeking his medical help for their son with cerebral palsy. Soon after Ecklund arrived, Pelley emerged and said, "I'm Scott Pelley from "60 Minutes."

An introduction to EQ and filters | David Franz | Lynda.com
For those starting out in audio:


Brian Lee White explains how air is compressed and rarefied to create waveforms in his Foundations of Audio: EQ and Filters course. Check out his explanation in the video here, and then dive further into learning about using EQ and filters to improve the sound of your waveforms…I mean, music.

Lighting Principles #2 - Lighting Tools | Den Lennie | Blog
Den continues his series on lighting, getting into the types of light:


1) Tungsten Lighting
This is lighting that essentially mimics the household bulb and is measured in 'watts'. They come in output intensities of anywhere from 150w, up to 10,000w, in the case of some large studio lights. The color temperature is tungsten and so you can expect a reading of 3200K from these lights.

Another week in After Effects | Rich Young | ProVideoCoalition
Links to multiple resource sites for After Effects:


Here’s another summary of the last week or so of some news on After Effects tutorials, plug-ins, and scripts. The return to the regular news cycle caught idle hands by surprise with a promise of a big CS6 release, snakes in AE, tracking offscreen, plug-ins, and more.


The 2 big highlights in this release are:
MB Looks is working in Avid Media Composer 5.5 & 6
The Single Suite installer now has individual product install options

Apple Motion 5 and mocha Track Import | Imageneer Systems
A video that shows how to use mocha with Motion 5:

Episode 40: Will we be outsourced or automated out of existence?
| The Terence And Philip Show
Audio podcast for the paranoid:


In this episode Terence and Philip discuss the outsourcing of editing jobs, remote (a.k.a cloud) editing and automation in production. What’s happening now and how will it evolve in the near future. Philip also sneaks in a preview of an interesting show he’ll be involved with in 2012.

Anatomy of a Shoot: Creating Dramatic Color With Gelled Speedlites | Syl Arena
| Speedliting
While this is oriented towards stills photography, the discussion of gels and light positioning is applicable to video too:


My hero shot happened at frame 69. I like the intense blue on Arian’s face and how it contrasts boldly with the warm light in the background. Look at the wall near the right edge. You can see that I’ve feathered (angled) the blue Speedlite so that most of the light flies in front of Arian and then bounces onto him. (1/30″, f/4, ISO 200) 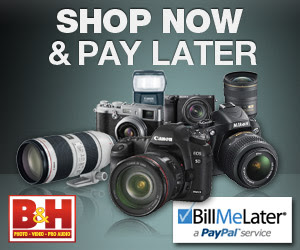