Canon C300 review and short film “Le Mont, La Pluie et La Nuit” | Philip Bloom
| Blog
Philip posts his review of the Canon C300. Interestingly, he seems to think he will get one, but still keep the Sony PMW-F3:


Things I love about the C300: Size, the amazing image, EVF pretty good, the little lip at the front of the camera, light sensitivity, the onboard codec, the way it works with the Canon lenses, great quality LCD and waveform, actually works great in my hands ergonomically especially with IS lenses. Works out of the box without a rig surprisingly although a rig would be recommended for longer handheld filming. Excellent build quality yet still nice and light. The price at just under £10k for a camera of this spec is amazing. Remember this is not a DSLR but a high powered S35 camera.

The need for more cameras…Why? | Philip Johnston | HD Warrior
Philip asks Alister Chapman why he needs more than one camera:


Now I have the luxury of owning an EX1R for run and gun, quick and easy shooting, the EX1R works very well in that type of application. Next came the PMW-F3 for those more set up shoots, interviews, documentaries, shorts and movies. I now have 2 of them as I shoot a lot of 3D and they are fantastic in this role. However the F3 (which is my all time favourite camcorder) just isn’t suitable for some of the things I shoot, especially things like tornadoes, which are often fleeting, fast moving and unpredictable. It can be done, but the EX1R is a much better camera for this type of thing.

The need for steed: How Skywalker Sound brought Spielberg’s ‘War Horse’ to life | Mike Seymour & Ian Failes | The Daily
A look at the production of foley sound for the movie War Horse:


For the horses themselves, including titular star Joey, Rydstrom faced the challenge of creating characters that audiences could relate to, even though they had no lines. To achieve that key emotional attachment, Rydstrom eventually replaced just about every sound recorded on set.
“Horses don’t really vocalize all the time,” he said, “but they do emote through how they breathe.”
“The most time I spent on the movie, especially in the mix, was making the footsteps and the tail swishes and the body shudders, ear twitches, the breathing and the snorting.”

The Truth About 2K, 4K and The Future of Pixels | John Galt | Creative COW
A look at resolution; is 4K really 4K?


Unfortunately, one of the tragedies of digital imaging, is that now we've got these ridiculous numbers games, because so few people understand the fundamentals of the imaging technology, everybody wants a number to latch on to. The numbers don't mean anything in the context of 100 years of development of film and motion picture technology, optical technology and laboratory practice and cinematographers did wonderful work without understanding anything about the chemistry or photographic emulsion technology.

GoPro HD Hero 2 review | James Trew | Engadget
The new GoPro HD Hero 2 may not solve some problems of the original - it's weight and mounting issues) -but the image quality is improved:


The first thing you'll notice if you have the luxury of having both cameras is that the HD Hero 2 is noticeably clearer. Many people tend to think in pure numbers: megapixels, resolution and so on, but then forget that a lot of it really depends on the piece of glass the image is coming through. We noticed that images were generally sharper, but this was most visible with more complex textures such as asphalt, grass and so on.

How to: Update Firmware on a Sony PMW-F3 | Production Junction | Vimeo
Short video showing how to upgrade the PMW-F3 firmware.

Sony’s FS100 camera to become “WorldCam” via free firmware update
| Allan Tépper | ProVideoCoalition
No date fixed yet, but the NEX-FS100 firmware upgrade should be out in the new year:


Sony USA has just officially announced that the (so-far) segregated 59.94Hz FS100 camera (officially known as the NEX-FS100, often followed by a regional suffix, and then sometimes by the letter “K” to indicate that it is a kit, packaged with a lens) is about to go “WorldCam” via a free firmware update sometime at the beginning of 2012. “WorldCam” is a term used to indicate that a camera has the necessary framerates to be used worldwide


Have no clue what a CDN is? Interested in streaming your next corporate event live to thousands of people? Then you need to listen to this week’s interview with Alex Lindsay where it’s all about hardware, software and services for streaming online. 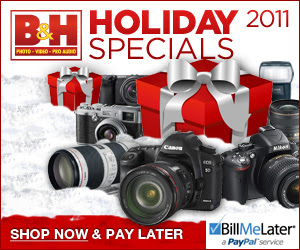