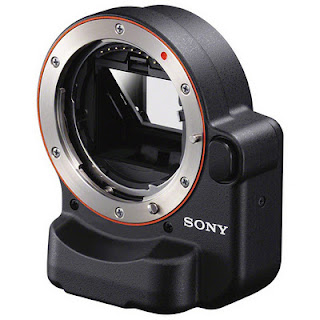 
In these cases, the new firmware provides compatibility with the recently launched LA-EA2 translucent mirror Lens Mount Adapter. Prior to this firmware update, the LA-EA2 only worked with the αNEX-5N , NEX-7 and NEX-VG20. We know owners of the previous models were eagerly asking for compatibility to enjoy phase detect autofocus when using one of Sony’s A-mount lenses.

I can't find what it does for the NEX-FS100U (whether this adds the international frame rate support they were promising, though I doubt it) but it does add the focus peaking feature to the NEX-VG10 and the other NEX still cameras. There don't appear to be any other changes.

I didn't think there would be any FS100 firmware until March but the Sony announcement says there is new firmware for the LA-EA2 on the FS100.

Unfortunately there is no firmware download link in that post, although there is for the NEX3, NEX5, NEXC3, and VG10.