Panasonic announced the AVCCAM Importer back in April, but only just got around to releasing it. The AVCCAM Importer is actually a component that adds support for direct playback of AVCCAM files within QuickTime. With it installed you can play AVCCAM files inside the QuickTime player, or even within Final Cut Pro 7, without conversion.

The really cool thing is; it's free, and it seems to work for AVCHD files from other manufacturers as well. 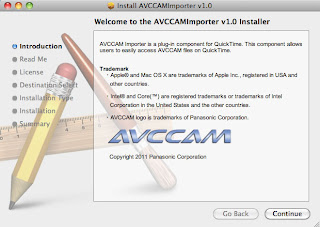 I downloaded and installed the plug-in without trouble. The installer does force you to restart the computer, but that's the only hitch. You need Snow Leopard or better, and Final Cut Pro 7.0.3.

Once installed, I tried it out with some video shot using the Panasonic AG-HMC70P camcorder. The movies opened in the QuickTime Player, and played well; though the performance during playback from the SD card was similar to the performance I get when playing .mov files from my Canon DSLR card i.e. it tends to hiccup a bit. 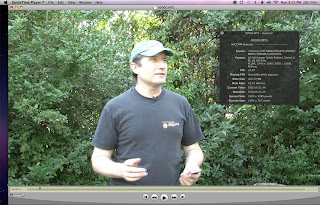 I then tried some files from a Sony HXR-NX5U. I guess I shouldn't be surprised, but they worked just the same as the Panasonic AVCHD files. 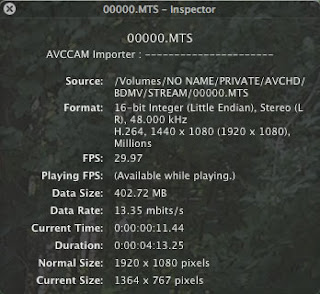 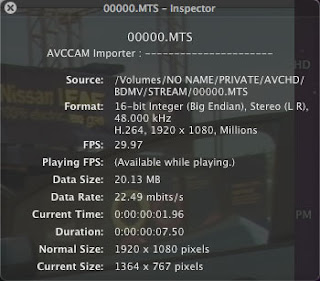 QuickTime Info for Sony file
If you need to quickly preview or even edit some video, this component is really useful. I don't think I'd use this as a way to edit files in Final Cut Pro 7, but as a way to quickly review things, this is cool. Why couldn't someone have done this a couple of years ago?

Note that Panasonic says it may not work with other manufacturers files. 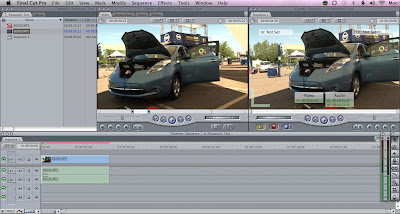